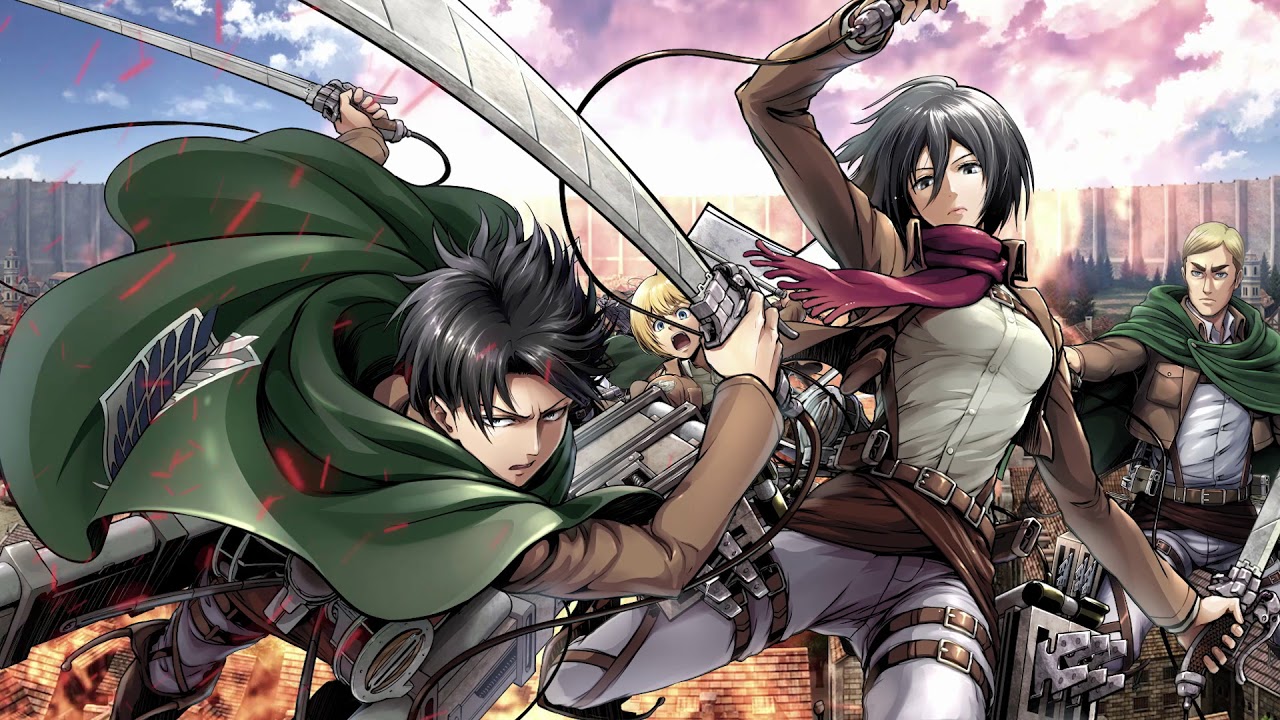 Note: Review is based on a pre-launch final build provided by the publisher.

Attack on Titan has had its fair share of video games since Hajime Isayama’s series first launched a decade ago. Some of them have been more in tune with the spirit of the manga and its insanely popular anime adaptation—arguably leading with Omega Force’s Attack on Titan action games—and the latest in the line takes the fight to mobile in the form of a tower defense title called Attack on Titan TACTICS.

If you’ve played any mobile game in recent years, you know more or less what to expect from TACTICS, which is a partnership between DeNA, Funimation, Kodansha, and Crunchyroll Games. With that in mind, let’s get the obvious considerations out of the way. TACTICS most definitely has a bunch of gacha elements, so you’ll be crossing your fingers in hopes of unlocking powerful Survey Corps allies on a regular basis. If you’re especially determined to spin the wheel in your favor, you might even end up tossing some of your own hard-earned money at this otherwise free-to-start strategy game. 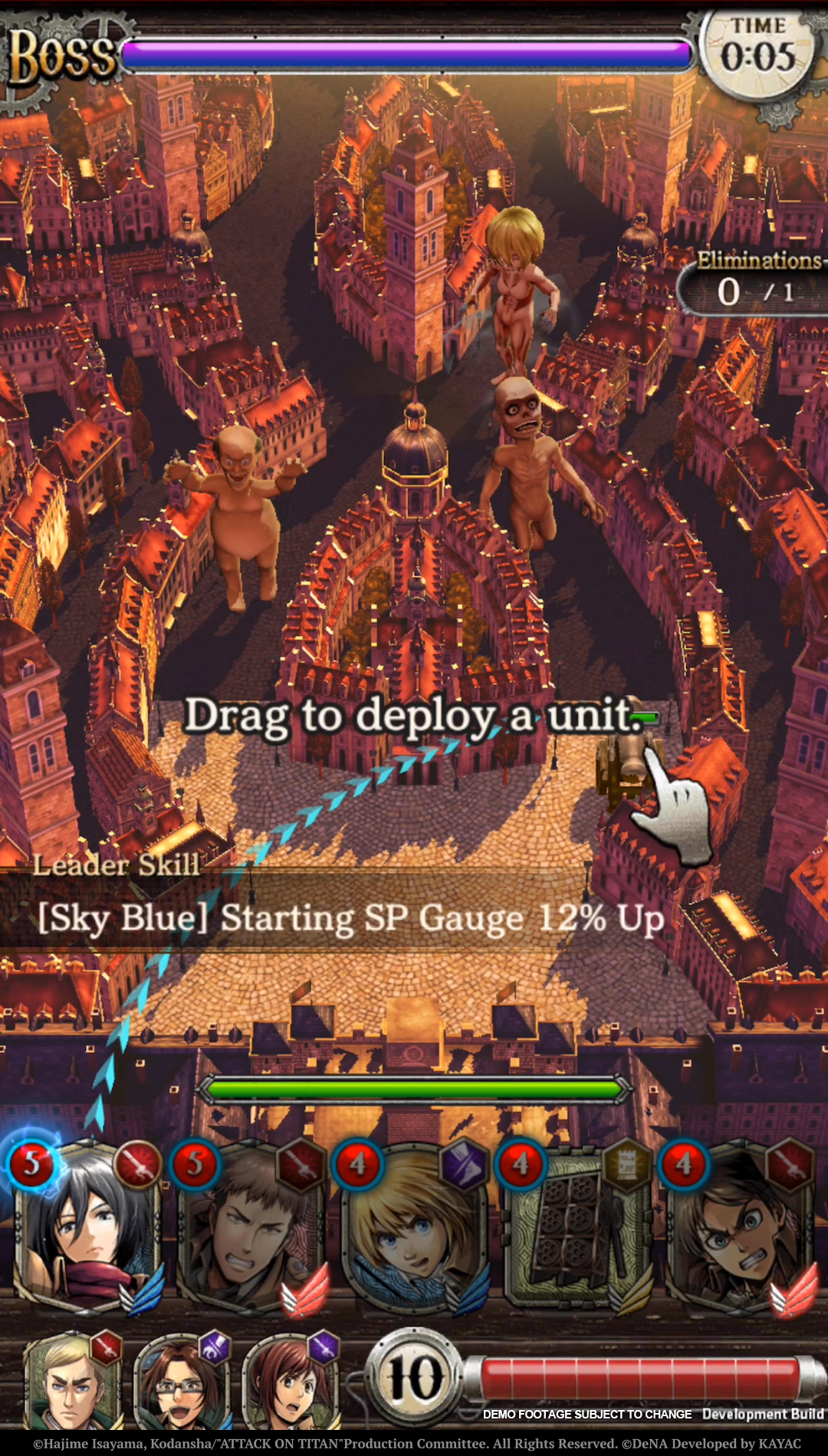 It’s ultimately up to you, but if you just play TACTICS like a regular game you’ll eventually find yourself choosing between the grind and parting with a little cash. I stuck with the former, and for the most part the gameplay loop is engaging enough to make it relatively painless to replay levels and raise the stats of your ever-expanding squad. Leveling is fun and rewarding, and new ranks come at a frequent basis so the process never really feels discouraging or like you’re just treading water for little return.

The tower defense genre is a natural fit for the themes and recurring action of the Attack on Titan franchise. Each level involves facing off against increasingly challenging waves of enemies. Some will just have a small handful of Titans lumbering toward your wall, while others send out shockingly fast enemies right for your fragile defenses. You have a lot of help on your side, though, from the ever-trusty Eren Jaeger and the Titanic powers that bubble within to mainstays like Mikasa, Armin, and Levi. Beyond sending out soldiers to get the job done, you can set up turrets and other traps to keep the Titans at bay for at least a few moments longer. 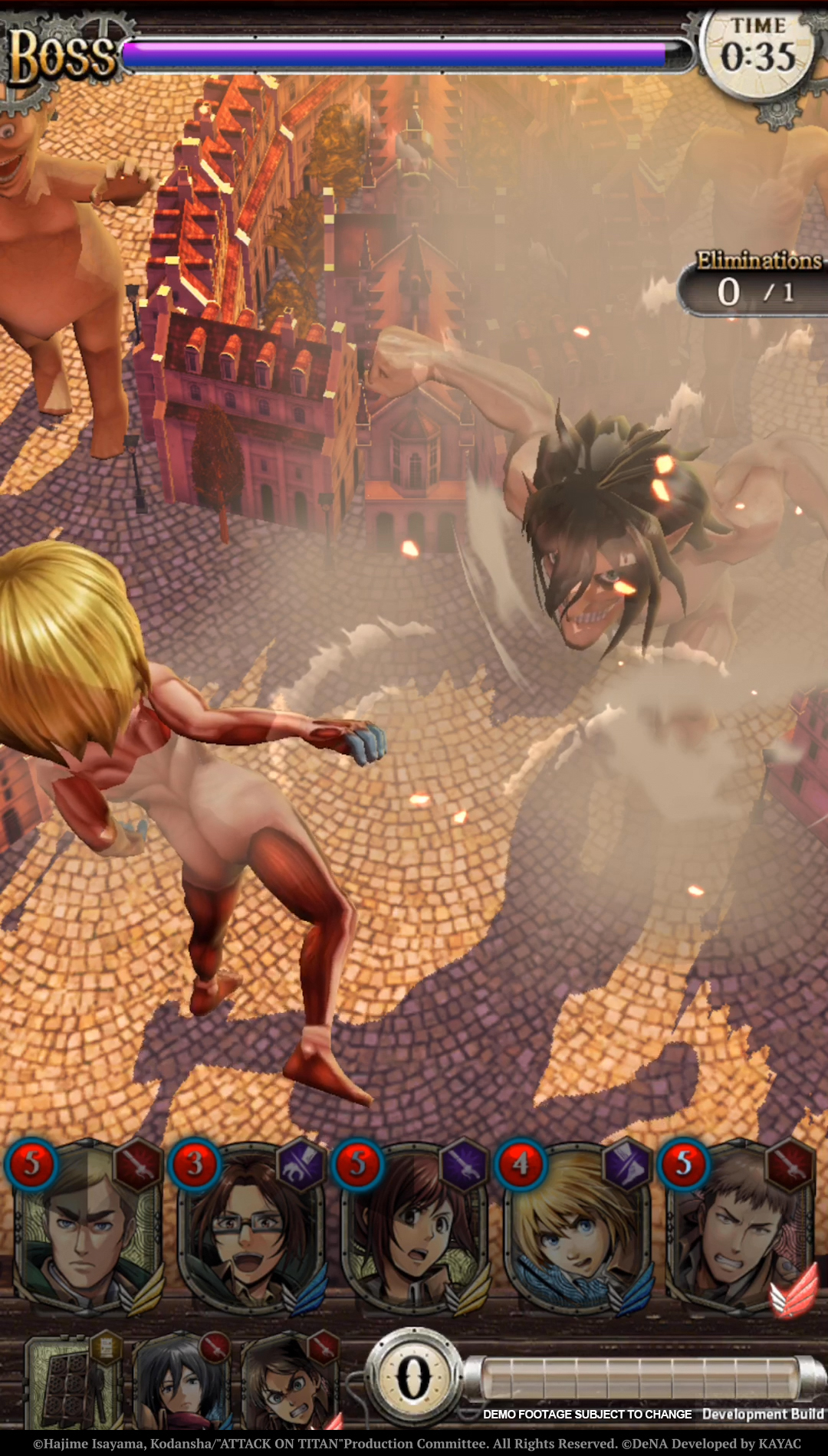 Peppered throughout Story Mode are cutscenes featuring stills directly from the anime, so TACTICS is also another way to experience the saga up to a certain point. At the time of this writing, TACTICS takes you through the first season’s events. If you’re playing an Attack on Titan mobile game, chances are you’re already at least passingly familiar with the key events of the series, but it definitely adds to the production and sets the stage for the enemy waves and bosses appropriately. Speaking of bosses, the introductions of all the weirdly unique Titans you’ll be attempting to take down are a blast, and these showdowns are one of the overall highlights.

With regularly updated events, Attack on Titan TACTICS seems to be in it for the long haul, so hopefully it can maintain a decent sized player base in the coming months. As of right now there’s enough to keep most mobile players entertained, from original character episodes to special missions and plenty of gacha roll opportunities to scratch that eternal itch. If you’ve had enough of mobile games at this point, TACTICS isn’t going to sway you with anything particularly novel, but fans of the franchise should definitely give the free download a spin.

Attack on Titan TACTICS is currently available to download on iOS and Android.