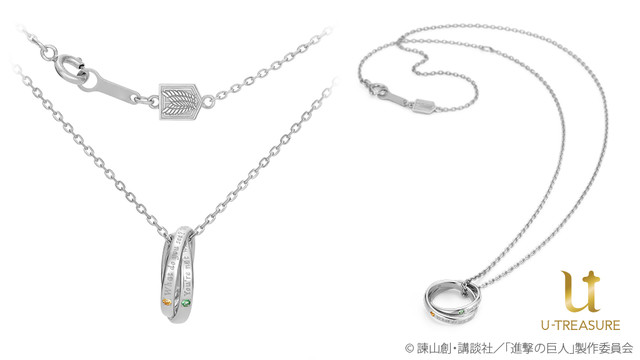 There’s a new line of Attack on Titan-based double ring pendants currently up for pre-order in Japan, and each features a famous quote from the series—in English, no less.

The four pendants, worn around the neck with a necklace featuring the Scout Regiment logo, are engraved with lines from Eren, Erwin, Levy and Hange.

Eren: If you don’t fight, we can’t win…
Erwin: What do you see? Who do you think the enemy is?
Levy: You’re not wrong. If you wanna do it, go ahead.
Hange: If there’s something we don’t know… we should find out. 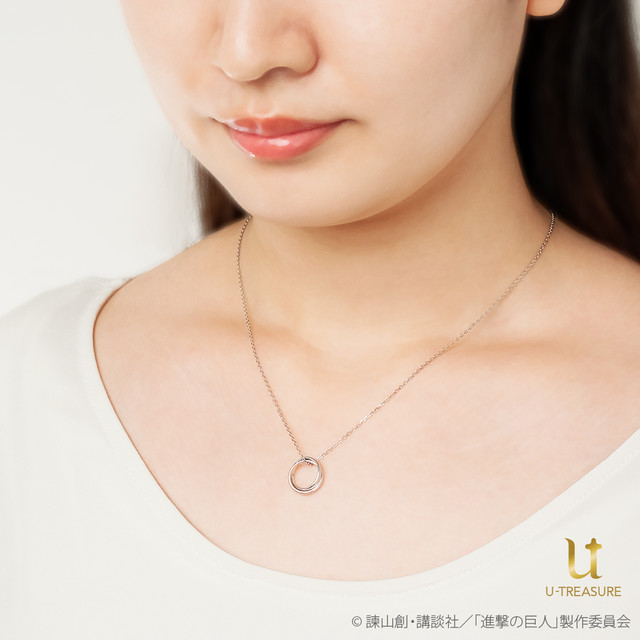 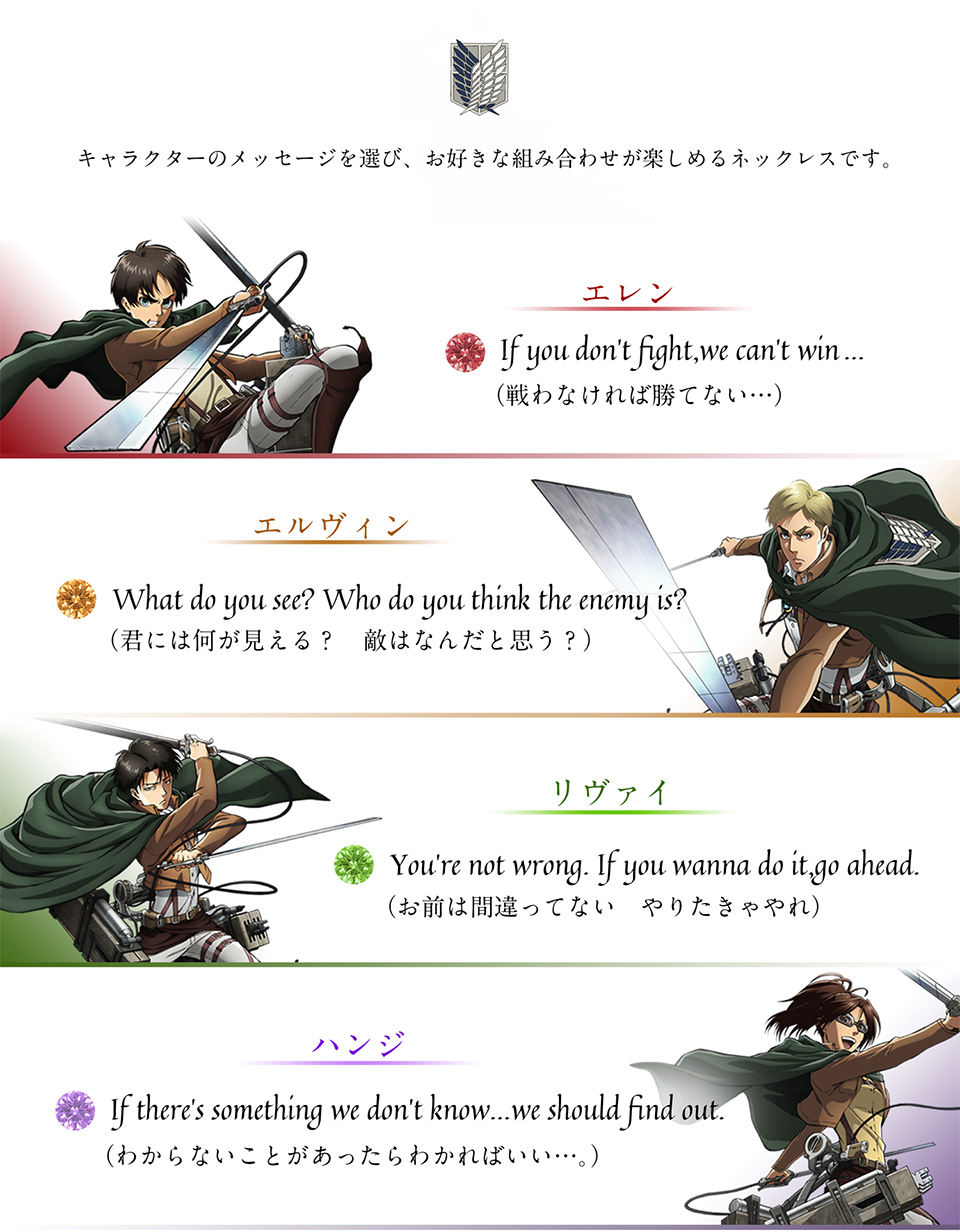 View all posts by Matt Schley
Kingdom Hearts Gets Talisman-Based Board Game in 2019
Pokémon Anime Prepares to Kick Off Its 22nd Season in the U.S.