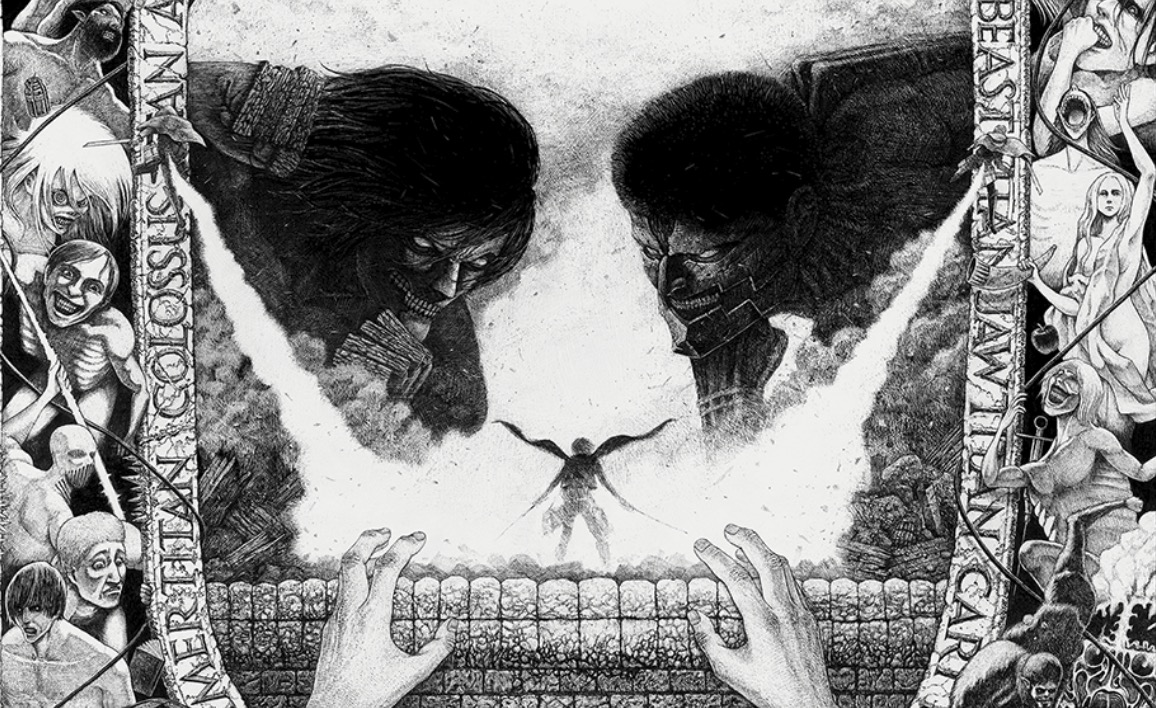 Hajime Isayama’s smash hit Attack on Titan manga first launched in the pages of Kodansha’s Bessatsu Shonen Magazine on September 9, 2009. It’s hard to believe the series’ 10th anniversary is already looming large, but the celebration is right around the corner, so the official 10th anniversary visual has been unveiled.

The visual is here just in time for not only the anniversary itself, but for a special bonus showing as part of the Attack on Titan Final Exhibition. Billed as the “second and largest” art exhibition dedicated to Isayama’s series, the event’s two-month run comes to an end on September 8. It would be a shame to shut down a day before the anniversary, though, so there will be a special event on September 9 called Serialization 10th Anniversary Special.

This one-day bonus will continue displaying the original manga drawings, but there will no longer be video content or audio guidance at the exhibition. Visitors who attend the event will get an A4-size postcard featuring the memorial visual below. 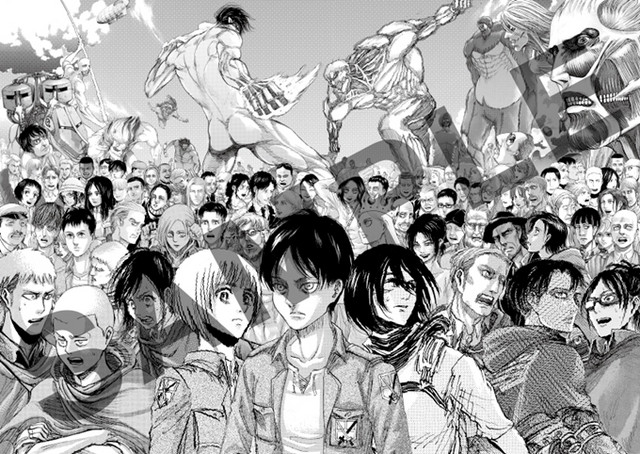 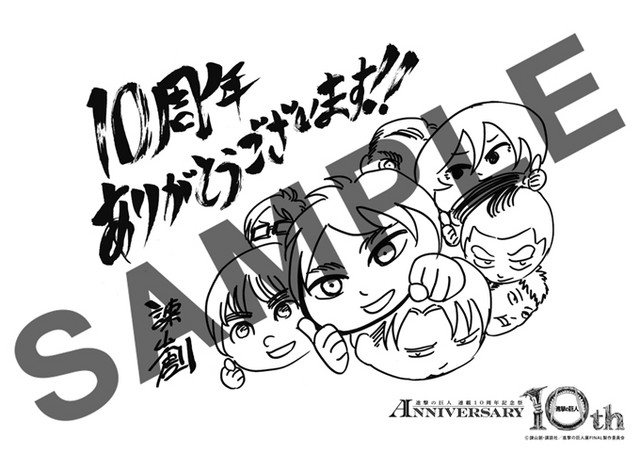 There will also be photo spots for visitors to take photos with character visuals—pictured below—as well as a message board that will let them send messages to Hajime Isayama. 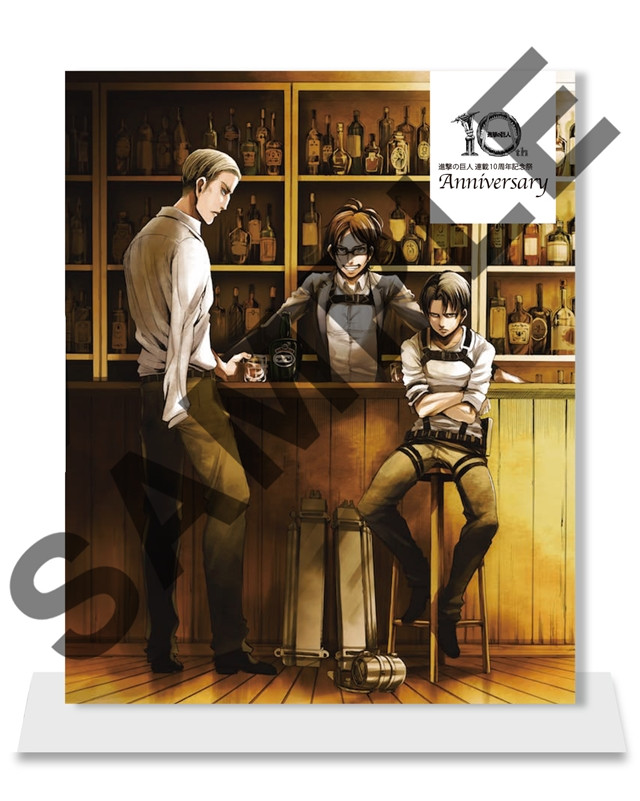 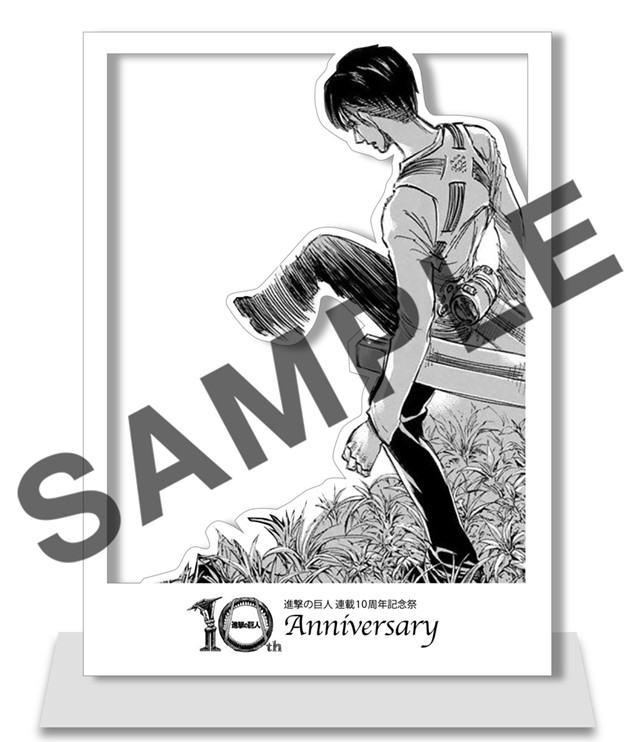 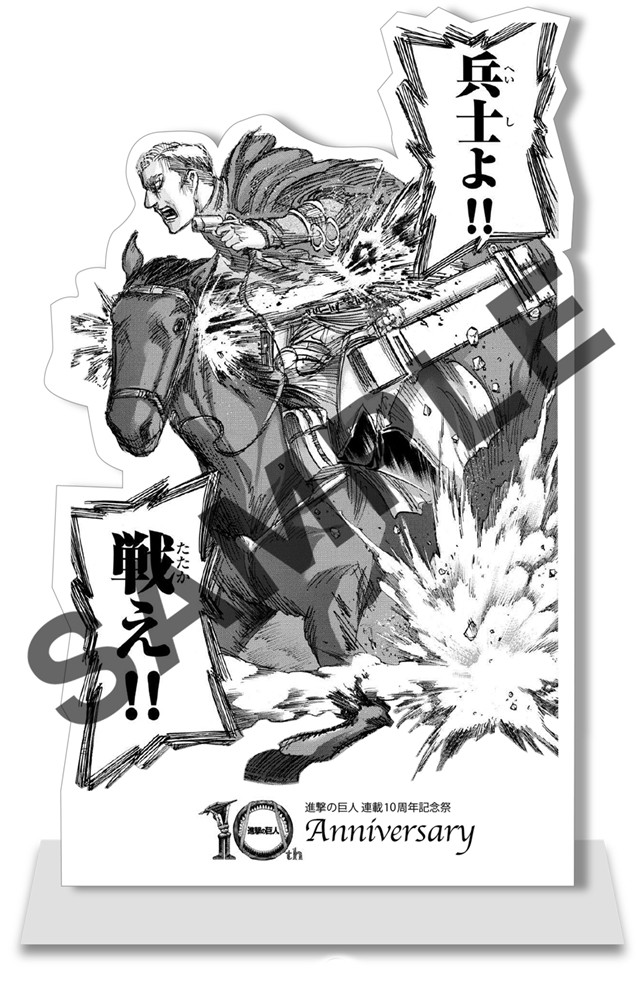 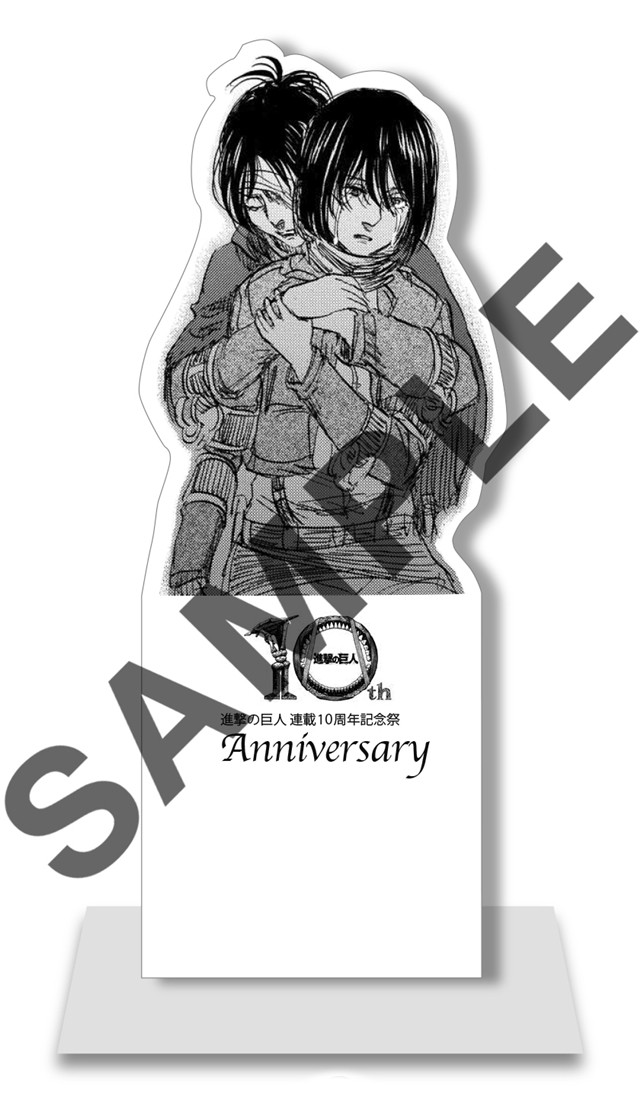