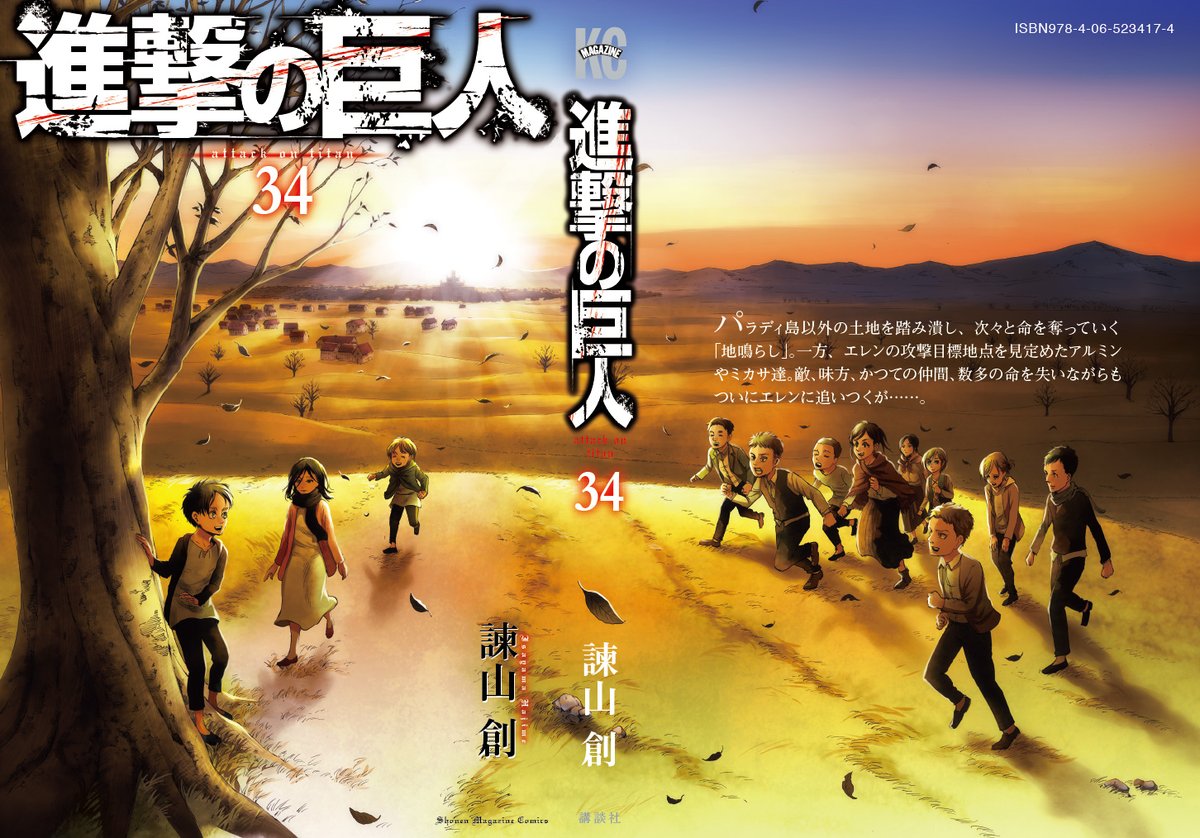 Imagine the world of Hajime Isayama’s Attack on Titan manga without the Titans. We wouldn’t have much of a story, but kids like Eren and Mikasa would be able to live out their childhoods and beyond without fear of being picked up and swallowed at a moment’s notice. Well, a look at the full cover design for the 34th and final volume is here to show the idyllic world that could have been.

Pictured above, the cover was revealed in celebration of Children’s Day in Japan. The Survey Corps are pictured in a simpler time, before they had to worry about fighting to the death against impossible odds.

Volume 34 of the Attack on Titan manga hits shelves in Japan on June 9 in three editions, including a standard edition and two special editions that pack in different drafts from the author. As for the English version of the final Attack on Titan manga volume, look for that one to arrive on October 19.