Attack on Titan Compilation Films to Screen in the U.S. 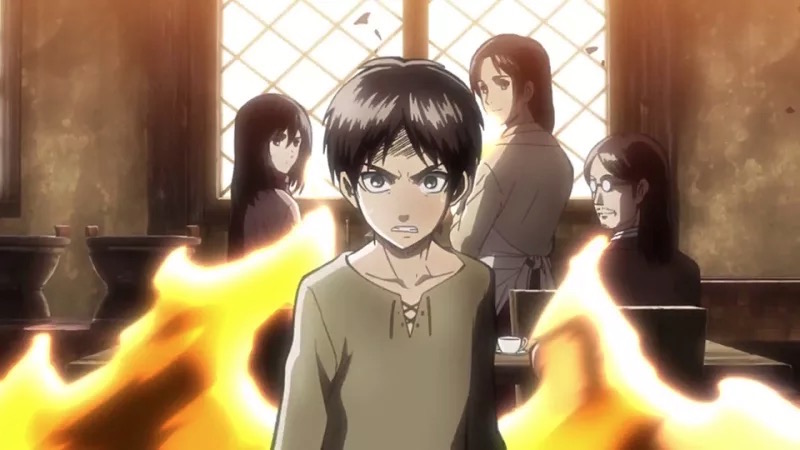 Looking for a more digestible way to recap the events of Attack on Titan before season 2 kicks off this April? You’re in luck, because Funimation announced the license of both compilation anime movies, with a limited theatrical release planned for March 27-29.

Both parts—Guren no Yumiya and Jiyuu no Tsubasa—are full-length features, and they will each be screening for one night only. The first part will fall on March 27, and the second will screen on either March 28 or 29 depending on your theater. The second part will include a post-credits teaser for season 2.

The theater list currently has 19 Reading and Alamo Drafthouse locations, so hopefully you have one of those near you. You can find out more theater info at the official website. 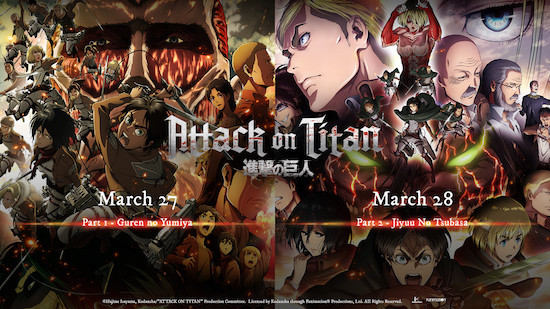