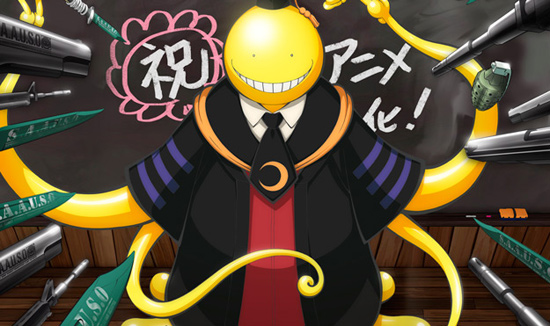 It is, of course, Assassination Classroom, the anime adaptation of the manga in which a class of junior high school students have to assassinate their alien teacher before he destroys the earth.

Frankly, the description alone makes the thing sound worth watching, but if you’re not convinced, a long teaser trailer has hit the net, and we’ve got it right here.

Assassination Classroom will debut January 9, with Funimation steaming the series Stateside. For those who can’t wait, Viz published the first volume of the manga in English this month. A live-action film will also debut in Japan next year, much like this season’s Parasyte anime and live-action films debuting around the same time.