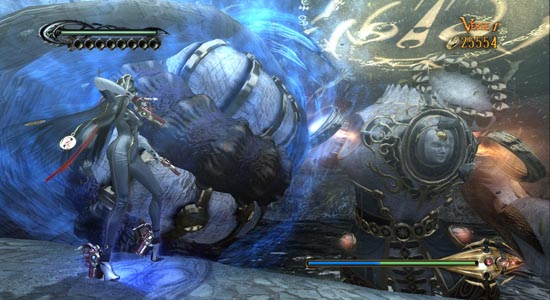 In the latest issue of Otaku USA, Dave Riley reviewed a “modest” action game known as Vanquish. I speak of it with little expectation of mass familiarity because of one simple fact: no one seems to be buying it. Now, there aren’t many things that make me say, “what the hell are gamers thinking?” quite like the reception the majority of Platinum Games’ titles have received in North America. It’s one thing for something on the more obscure tip like, say, the Nintendo DS strategy title Infinite Space, to go without love from the masses. But in a market dominated by ball-busting action and hulking, ripped-to-the-core protagonists, Platinum should be sweeping in some serious bank.

It’s not like we’re dealing with more artsy and understated fare such as Team ICO’s Ico, or their beloved, wasteland-traversing boss run Shadow of the Colossus. Let’s start with exhibit A: MadWorld. For those that have yet to experience the Sega-published gorefest, imagine Smash TV with a black-and-white comic book aesthetic and more clever means of chainsaw evisceration than both Gears of War sequels stacked on a platter. Heck, even the announcers—another, more verbose echo of something in the vein of Smash TV—relish the joy of the kills that pepper Jack Cayman’s journey through the gnarly (and very deadly) game show, DeathWatch. 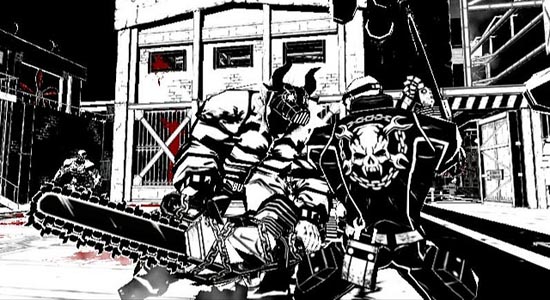 The real treat of MadWorld is the goofy, funhouse quality of its countless death traps. Sure, it’s gory as hell, but can you really take it that seriously when you’re slinging people into giant woks affixed to billboards, or perfecting the quick-slam timing of a spiked ceiling? The blood screams crimson, but this is pure, visceral cah-toon fun; like Itchy and Scratchy with post-apocalyptic-looking punks and the shambling dead. We’ve talked about violent games on typically non-violent systems like Nintendo’s before, including this game specifically, but was the console of choice really its death knell?

If Bayonetta—released in early 2010 on Xbox 360 and Playstation 3—is any indication, that could at least be part of the problem. After all, Bayonetta actually topped a respectable 1.1 million or so worldwide around the fiscal quarter of its release. Maybe that had something to do with the sexy, if slightly pea-headed, female protagonist, but either way Bayonetta offered up precisely what we would expect from the man behind the original Devil May Cry. Hideki Kamiya (who we also wrote about here) essentially took the mad ideas he and his team had for Devil May Cry 2 (before they were given the boot from the project) and applied it to this insane world of hair-woven witchcraft. 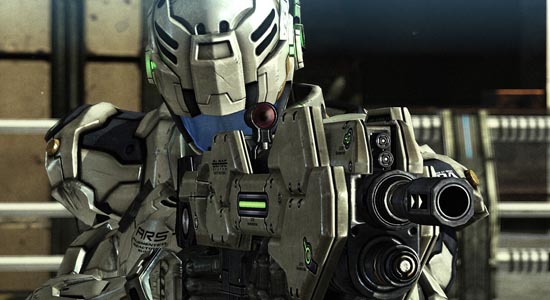 Not that I wouldn’t personally mind a sequel to Bayonetta at some point, but we’ll be barreling down that road much more quickly if people don’t start picking up other Platinum Games titles. As it is, we’ve been dealt four ferociously original beasts, three of which extend the packed-to-the-brim action genre to madcap heights. The latest, Vanquish, is likely already on its way to the bargain bins, and that’s a shame. There’s a reason both it and Bayonetta made my top Japanese games of 2010 list. In case you need reminding, Vanquish is Resident Evil mastermind Shinji Mikami’s take on the adrenaline-fueled shooter a la Gears of War. If your average gamer can’t get enough of ‘roided-up meatsacks drilling bullet-holes into ‘roided-up alien meatsacks—and yes, I count myself among this collective—then surely doing so against evil Russians in cool space armor should be doubly alluring.

Alas, such is not the case. I’m not here to whine about good games not getting their due; I’d just like to mentally parse out the myriad reasons behind Platinum Games’ overall lack of success in this market. It could come down to something as simple as crowded shelf space, or lack of marketing visibility. Either way, I know most readers of this site and Otaku USA magazine are of a different ilk; willing to take risks and try out something fresh for a change. With such nobility in mind, get yourself out to whatever your local TV game shop may be and dig into some Platinum Games!