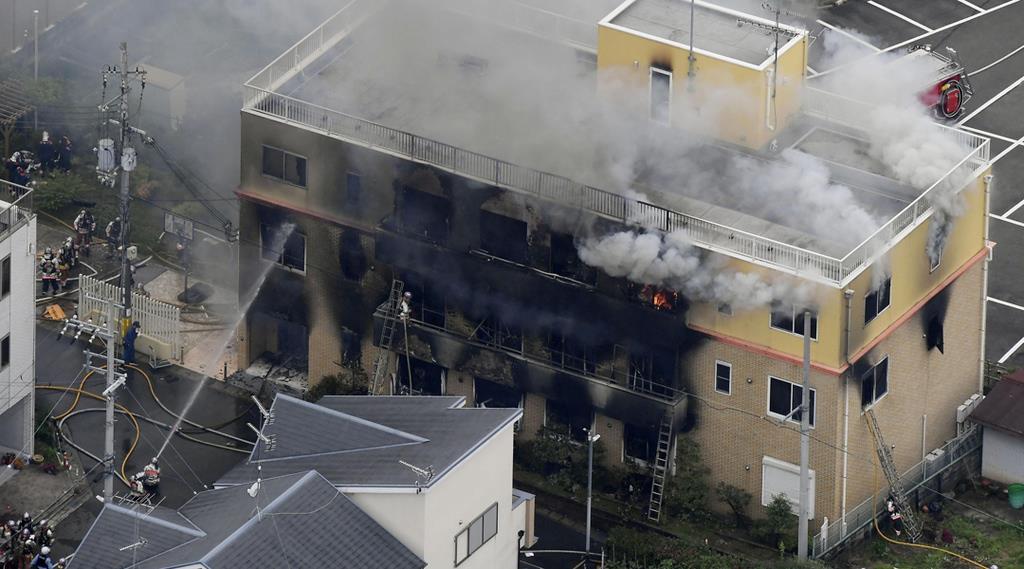 UPDATE: Since this article was originally written, NHK has confirmed the deaths of at least 33 people.

Awful news took over news and social media tonight as Japan’s public broadcaster NHK and other outlets reported on a fire at Kyoto Animation Studio 1, located in the Rokujizo area on the outskirts of Kyoto. A man in his 40s has been arrested for allegedly committing an arson attack that, at the time of this writing, has resulted in multiple serious injuries and at least one fatality.

Locals in the area heard a boom around 10:30am Japan Time. After the suspect poured gasoline on the building and set it ablaze, the fire quickly spread. In addition to around 30 injuries, 10 critical injuries, and at least one death, approximately 20 people are missing at this time.

One of the staff members confirmed to be safe is Naoko Yamada, director of Liz and the Blue Bird and A Silent Voice.

Founded in 1981, Kyoto Animation is responsible for many popular anime series and films, including K-On!, Violet Evergarden, Liz and the Blue Bird, Sound! Euphonium, and A Silent Voice, among others. Studio 1—which houses many directors and other staff members—is separate from the head office of Studio 2, as well as Studio 5 and the merchandise development division.

Our thoughts go out to their staff members, friends, and family.

Get All the Anime You Can Handle with 30 Days of HIDIVE for Free!
Evangelion Anime Cast Turn into Cats in Mobile Game Crossover