Aniplex of America has a new addition to its anime lineup with the announcement of Oreimo season 2. The series will start streaming via Crunchyroll on April 6, with details on the home video release planned for a later date.

Kyosuke Kosaka is a high schooler who has been leading a quiet, humdrum life. However, his life is turned upside-down when his little sister, Kirino, comes to him for “life counseling.” It turns out that Kirino, a well-rounded winner in life, has many otaku-ish hobbies and loves anime and games. Kyosuke sincerely takes on Kirino’s request to tackle life counseling. And so, as more and more people get involved–including Kuroneko and Saori Bajeena, whom Kirino met via social networks; Kirino’s friends, Ayase and Kanako, and Kyosuke’s childhood friend, Manami–changes to their icy cold brother-sister relationship begin to appear. After they overcome the crisis of Kirino suddenly leaving to study abroad, what kind of craziness will her “life counseling” cause next 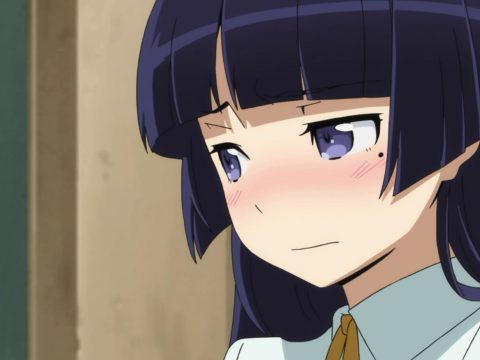