A bad idea on many levels, Toei is gearing up for a rerelease of Kinji Fukasaku’s 2000 student-splat classic, based on Koushun Takami’s 1999 novel of the same name. This time, however, the events that transpire on Okishima Island will be in… glorious 3D!

Okay, so we all know that 3D won’t be glorious at all. It doesn’t matter how hard you try, you can’t make a 2D film into competent 3D. What it will likely end up looking like is cardboard cut-outs of characters awkwardly jutting into the foreground. Will such realities stop Toei from moving forward with the project? Of course not! 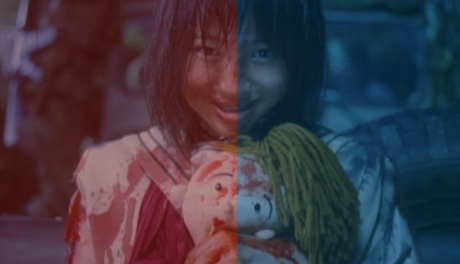 The conversion to 3D is being supervised by Fukasaku’s son, Kenta Fukasaku, who also directed the sequel to Battle Royale (most notable for Riki Takeuchi’s nutty performance) after his father’s passing in 2003.

For better or worse, the 3D version of Battle Royale will be hitting Japanese theaters on November 20.