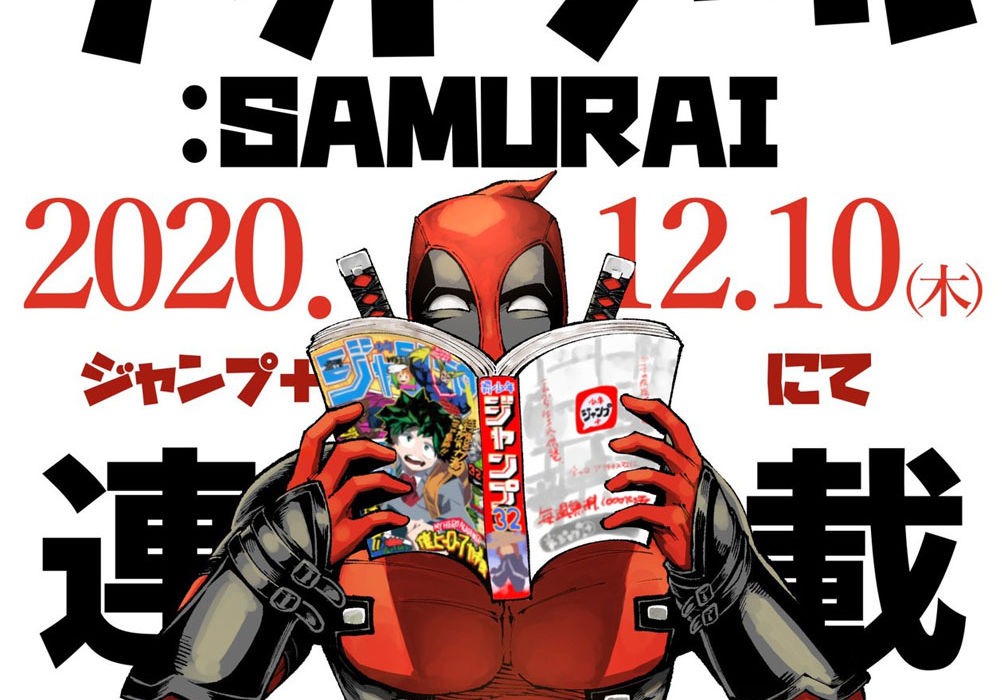 It was recently announced that Samurai: Deadpool, which can be read on the Shonen Jump+ app, is Marvel’s bestselling comic this year. The series is written and illustrated by Sanshirou Kasama and Hikaru Uesugi and takes place in feudal Japan.

Deadpool has met up with a number of other Marvel characters in Samurai: Deadpool, including Iron Man and Captain America. However, in the most recently released chapter, it’s not a Marvel character who guest stars, but All Might from My Hero Academia. There’s a scene where he saves Deadpool, and, according to Bleeding Cool, he was drawn by My Hero Academia creator Kohei Horikoshi himself. 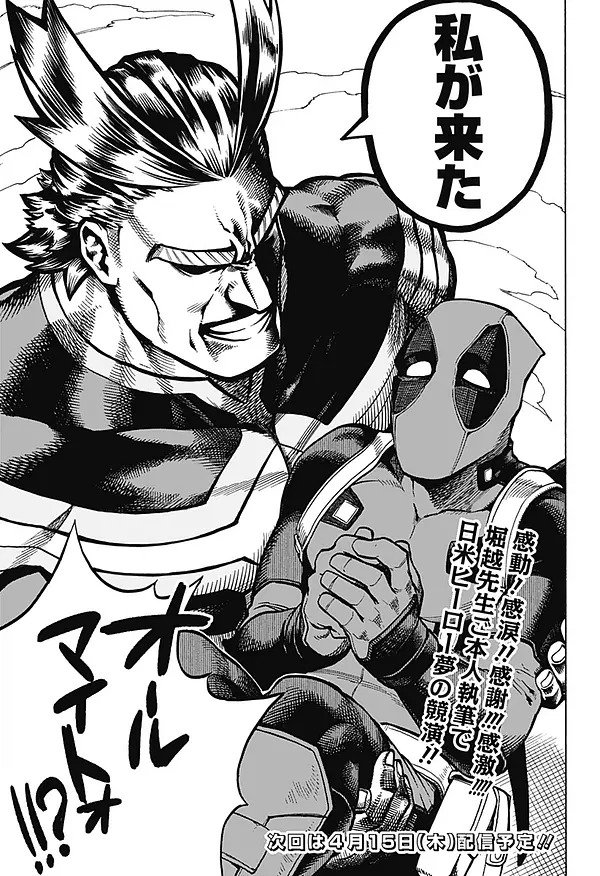 My Hero Academia outsells Marvel comics, and putting All Might in a Marvel title might be a move to get readers more traditionally interested in manga to check out stuff based on Western comics.