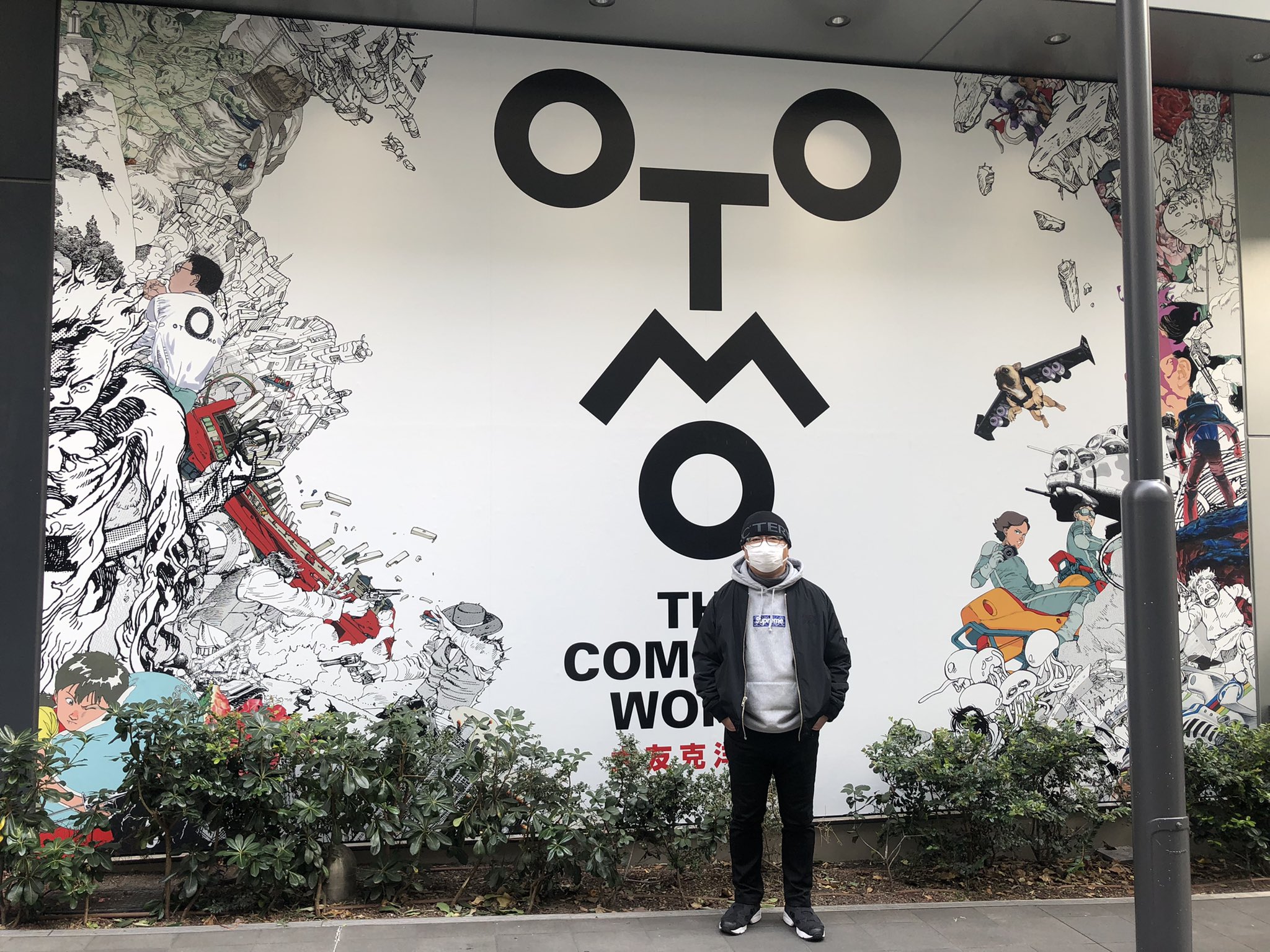 Katsuhiro Otomo is famous for his work, especially Akira, and Kodansha is getting ready to release the manga Complete Works of Katsuhiro Otomo in Japan. They’re putting up some pretty serious advertising murals in crowded areas of Shinjuku and Shibuya, and Otomo himself had to go take a look.

In this video, you can see him walking along one of the murals before finally posing in front of it. But no one rushes up to ask for his autograph. In fact, no one even recognizes him. He chooses to remain anonymous here, only afterward sharing on Twitter that he, the creator, was present. This is pretty different from in America, where celebrities get noticed wherever they go. And in Japan, you can argue that major otaku influencers like the creator of Akira are celebrities.

Sometimes he also posed without his mask, making him more recognizable, but even then no one knew it was the master himself. Do you think you would recognize him? (And if you look closely, the guy in orange is voice actor Subaru Kimura!)

Kodansha Comics publishes Akira in America, and gave this description of the series:

“In 1982, Kodansha published the first chapter of Akira, a dystopian saga set in Neo-Tokyo, a city recovering from thermonuclear attack where the streets have been ceded to motorcycle gangs and the rich and powerful run dangerous experiments on destructive, supernatural powers that they cannot control. Today, Akira remains a touchstone for artists, writers, filmmakers, and fans, retaining all the brutal impact and narrative intensity it had when Otomo first unleashed it onto the world.

Katsuhiro Otomo’s stunning science-fiction masterpiece is considered by many to be the finest work of graphic fiction ever produced. This edition includes a new foreword from the author and a postscript from Dark Horse publisher Mike Richardson.”