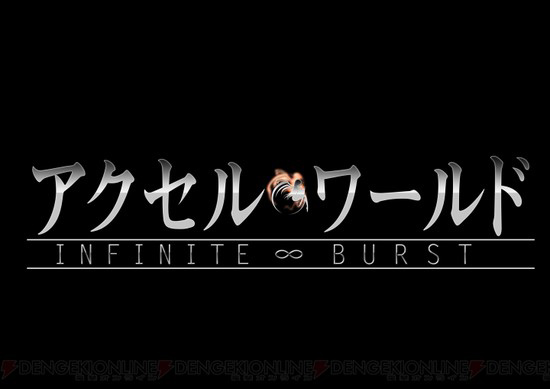 Accel World, the light novel series-turned-anime about an augmented reality fighting game, will be getting a new anime project called Infinite Burst, it was announced Sunday.

The story for Infinite Burst is being written by original light novel author Reki Kawahara.

Many of the crew from the original 2012 anime are set to return for this project, including director Masakazu Obara and character designer/animation director Yosuke Kabashima.

Additionally, characters Kuroyukihime, Haruyuki, Chiyuri and Takumu will be played by their original voice actors. The project will also add new characters to the Accel World universe.

It’s not yet clear if Infinite Burst is a TV series, OVA or film.

A one-minute promotional video for the project is now streaming on YouTube.

Do you have fond memories of the original Accel World? Looking forward to Infinite Burst?

View all posts by Matt Schley
Sword Art Online is Getting an Original Anime Movie
Kizumonogatari is Three Films; First Debuts in January