I first interviewed Brad Swaile at Youmacon in 2011, and he told me about playing Light in Death Note and the dedication fans feel in making sure he eats lots of chips. When I met up with him at Anime Central outside of Chicago, he assured me fans are still good at feeding him chips (sometimes they want him to sign them, too), and he also updated me on Black Lagoon and told me a funny story of the dangers of cosplay. (Funny, that is, because it didn’t happen to you.)

Coincidentally, the first con Swaile ever attended was Anime Central, and that was in 2002. This is the first time he’s been back to ACen since then, and he said, “It’s changed a lot. It’s gotten a lot bigger. It’s such an anomaly that conventions, no matter what’s happening in the world  — politically, economically — the conventions continue to grow. Fans will continue to support their passions.” 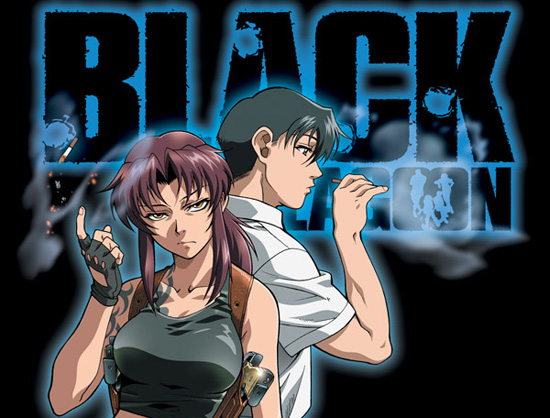 He also had some specific reasons to be eager about coming back. “I’m very excited because tonight here at Anime Central we’re having the world premiere of the English dub for the first installment from the third Black Lagoon: Roberta’s Blood Trail series,” he said. “I haven’t seen it yet, either, but I’m looking forward to experiencing it with a big crowd.”

He was also very pleased with FUNimation for picking up the Black Lagoon series and keeping the original dub cast rather than hiring new actors. “This is a show I’m passionate about, so I want to continue working on it,” he said. “But Maryke [Hendrikse], who plays Revy, is in my mind the perfect Revy. Although I know several extremely talented voice actresses, I want that one particular actress to play Revy.”

Black Lagoon was obviously a big deal at this convention, but Swaile also talked about how fans approach him about all different series he’s been in, from Ranma ½ to Hamtaro. Many fans like to make AMVs, and would be happy to know one of their favorite voice actors likes to make them himself. He’s made AMVs for Death Note and Hamtaro, and he thinks there’s a good chance he’ll be making a Black Lagoon one soon.

He’s also a fan of cosplay, but this has gotten him in some trouble. “Cosplaying put me in the hospital,” he said, after asking if I wanted to hear a story. “I was making a Halloween costume for a character I worked on in a video game called Dead Rising 2.  I was sitting on the floor with my sewing machine and I have something called a seam ripper on the floor. I moved to grab something and I heard a snap and felt a poke at the exact same time. And I realized that three quarters of an inch of this sharp metal blade had vanished mysteriously… and I had a pretty good idea it was in my foot.

“Of course, being a guy, and not the smartest one at that, I go grab my Swiss army knife and a little pocket mirror and attempted to do recon with this sharp bit of steel that mysteriously vanished from the implement in question,” he went on. “That didn’t work so well, so I went to my toolkit, grabbed an X-ACTO blade, thought maybe I’d do a little mini expedition. That didn’t work so well, either. So I resigned myself to the fact that, ‘Well, looks like I’m taking a trip to the emergency room.’ So, of course, being Canadian, I grabbed the first thing that’s around, which is my hockey stick, as a makeshift crutch, and hobble out to my car. It’s after midnight at this point. And it happens to be my driving foot as well. So getting out of my parking lot was interesting.” 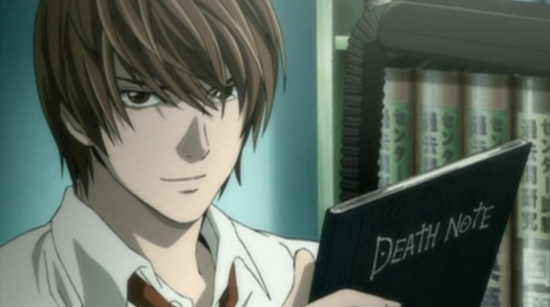 He did manage to make it to the emergency room, and his trusty hockey stick helped him get in. But then he had to explain to the doctors and nurses how he got into such a state. “You can imagine what [the medical staff] are thinking happened, and I had to explain it was a freak sewing injury,” he said. “And I had what was left of the seam ripper in my hand. I said, ‘See this? A part of it’s missing. And I have a feeling [laughing] I know where it is.’ After I got my tetanus shot, the doctor walked in and said, ‘It looks like I’m going fishing.’ He managed to pull this sharp piece of metal out of my foot, and he left me with some words of wisdom. He said, ‘Brad?’ I said, ‘Yes, doc?’ He said, ‘Don’t step on sharp things.’  That’s just good advice, and I’ll pass that along to all the readers of this article. Don’t step on sharp things, because you could end up in the emergency room explaining how you had a freak sewing injury.”

This cautionary tale of cosplay could become another big feature of Swaile’s con trips. “If any of your readers see me at a future event, they should remind me to tell them the story and I’ll show the X-ray,” he said.  “It’s pretty epic.”