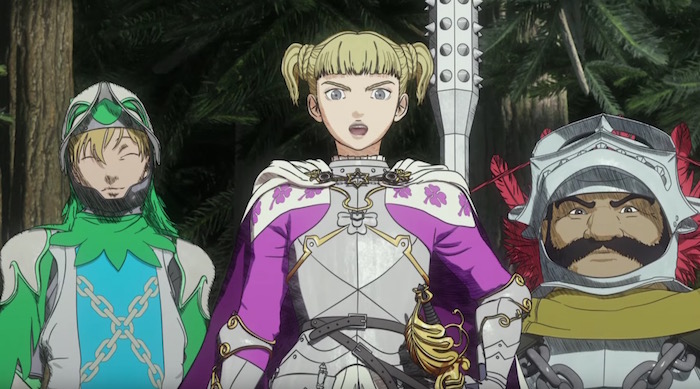 The new Berserk anime may not be coming up until this summer, but Crunchyroll already announced plans to stream it as it airs. On top of that, we have a new teaser out of this weekend’s AnimeJapan, previewing some of the new characters in a quick collection of footage.

It was also revealed that the July anime’s theme will be provided by 9mm Parabellum Bullet. Shin Itagaki directs, with Makoto Fukami on series composition for the LIDEN FILMS production.

See the latest footage along with a sample of Susumu Hirasawa’s “Hai yo” song below.