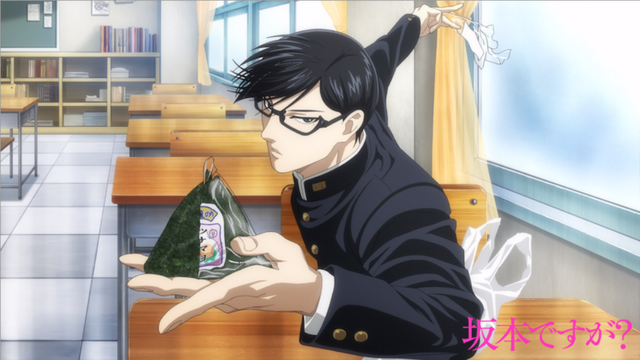 Sentai Filmworks announced the acquisition of the Haven’t You Heard? I’m Sakamoto anime, which adapts the manga by Nami Sano. The series is set to debut this April, and will be available streaming through select digital outlets, with a home video release to follow.

Just who is Sakamoto? He’s enigmatic. He’s clever. He’s dashing. No challenge is too great and no cause is too small for Sakamoto. Girls love him, guys hate him for it, and despite efforts to humiliate him, Sakamoto is flawlessly able to emerge from the fray, even cooler than ever. Who knows what Sakamoto is going to do next? Whatever it is, it will be fabulous!

In addition to this, Sentai Filmworks announced the license of 2010 TV anime Cobra The Animation at Anime Boston.