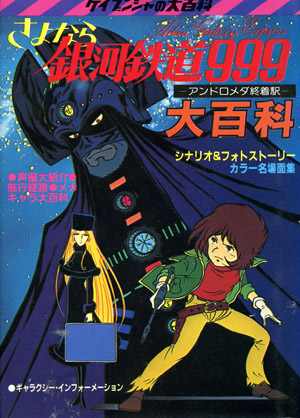 Originally released to theaters in August 1981, Adieu Galaxy Express 999 – Andromeda Terminal is my absolute favorite anime movie of all time. The greatest. The very pinnacle of the form and the paragon of Japanese cartoon achievement. This is known to be true in the depths of my heart: it can’t get any better than this, folks!

Of course, I’m crazy for feeling this way. I realize I’m pretty much alone in my adoration of Adieu 999 and telling people about it hasn’t really done me any favors. Reactions in Japan have ranged from “isn’t that just some crappy sequel?” to “are you *&#$-ing kidding?”

That’s probably because in Japan and wherever else anime can be found, Adieu 999 is largely forgotten, considered—whenever it is considered at all—as a minor footnote to the “real” landmarks in the 999 saga: Leiji Matsumoto’s original 1977 manga, the award-winning 1978 TV series, and the blockbuster 1979 theatrical movie directed by Rintaro to which Adieu (Japanese title: Sayonara Galaxy Express 999) was intended as the direct follow-up.

Even Leiji Matsumoto doesn’t seem to remember it all that well, despite his close involvement in the project (the film’s credits name him for: Planning, Original Work, and Composition). When Otaku USA met the grand old manga-ka for an interview in December 2010, I asked him to share whatever memories he had about Adieu in honor of the film’s 30th anniversary. Instead, he went into a sales pitch about new 999 projects on his slate, including a new CGI anime and a proposed live-action film. If even Leiji Matsumoto—the guy who created this series—doesn’t want to talk about Adieu 999, then who will? 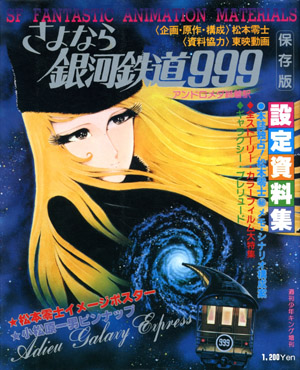 ME! That’s who. What’s the point of being the editor in chief of Otaku USA if I can’t devote what will be an obsessive series of posts to my favorite anime film of all time? If I really had the time and resources, I’d probably want to edit together one of those epic Red Letter Media style video reviews to sing the praises of Adieu. But instead, I’m going to write about the film, breaking it down sequence by sequence over the next few months in an attempt to explain to you, as much as to myself, why Adieu Galaxy Express 999 is indeed, at the end of all our journeys, the greatest anime of all time. I doubt I’ll convince anyone else of such folly, but it sure will be fun to try!

But before we make for the darkened ruins of a war-torn earth to survey a brutal conflict between freedom fighters and robot soldiers, we’re going to need a little bit of background info on the making of the film itself… so standby for some serious behind the scenes action regarding Adieu Galaxy Express 999… a sequel that even I can admit, no one really needed to make in the first place.