Bandai has released the new “1/144 World Scale One Piece” toy and gum box set! There are 6 different types of themed boxes, each with a mini figure and stand, a piece of gum, and a special bonus part.

When you collect all bonus parts, you can complete the Going Merry pirate ship. Mini figures include characters and ships like Sabagashira, Mini Merry II, and Moby Dick. 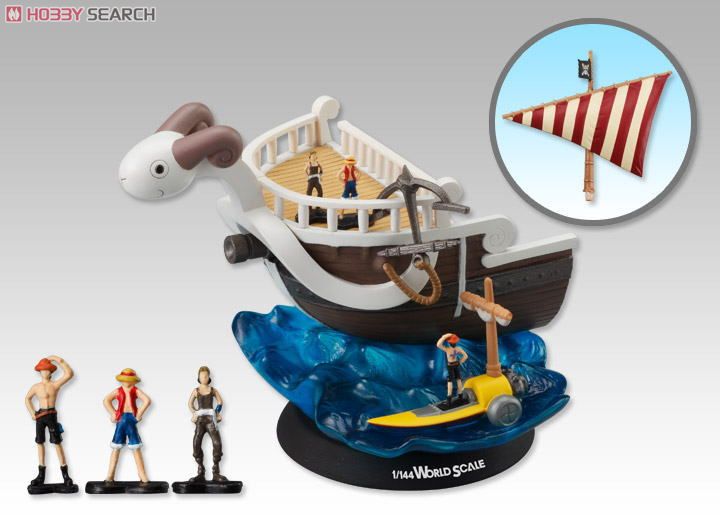 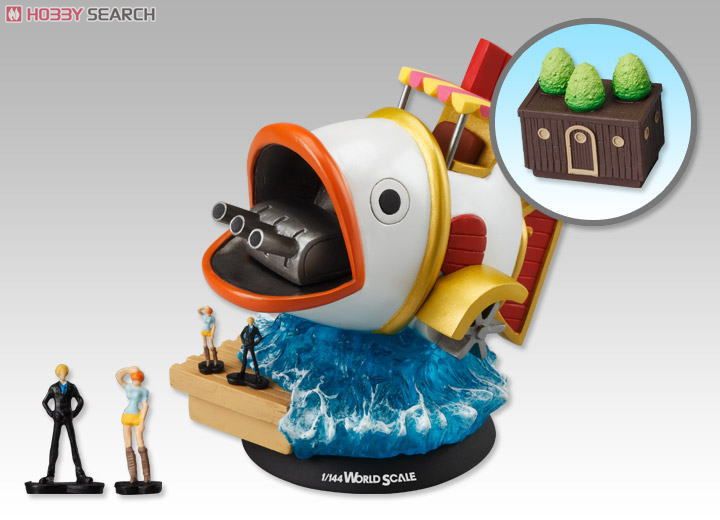 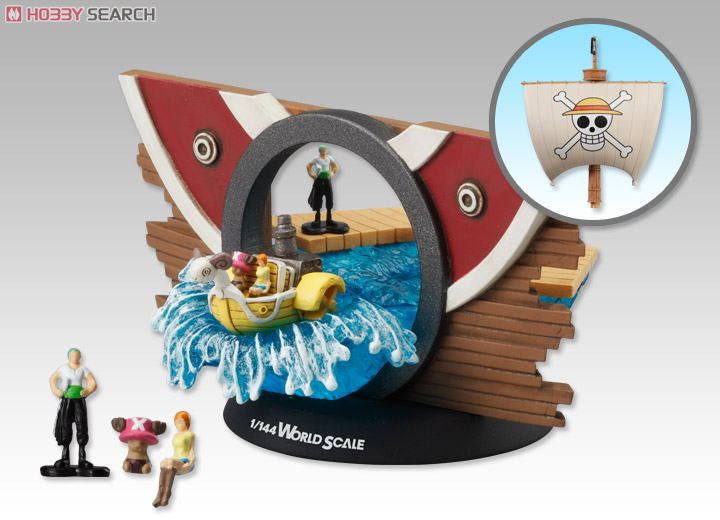 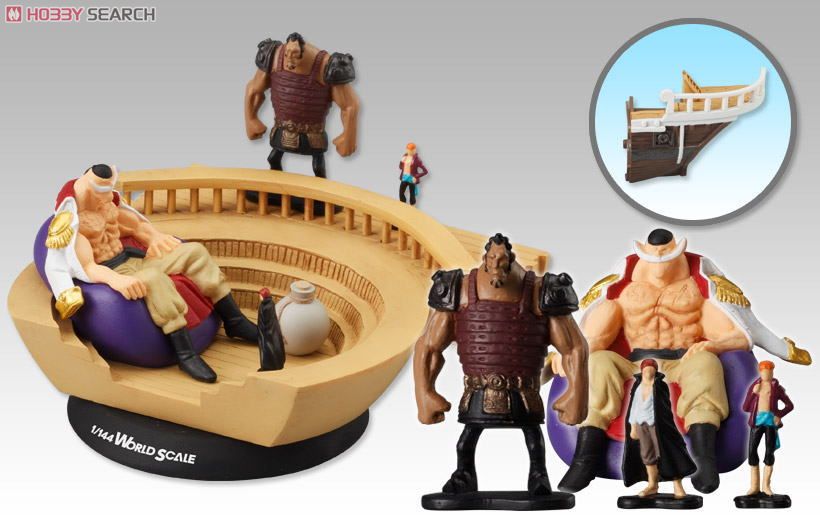 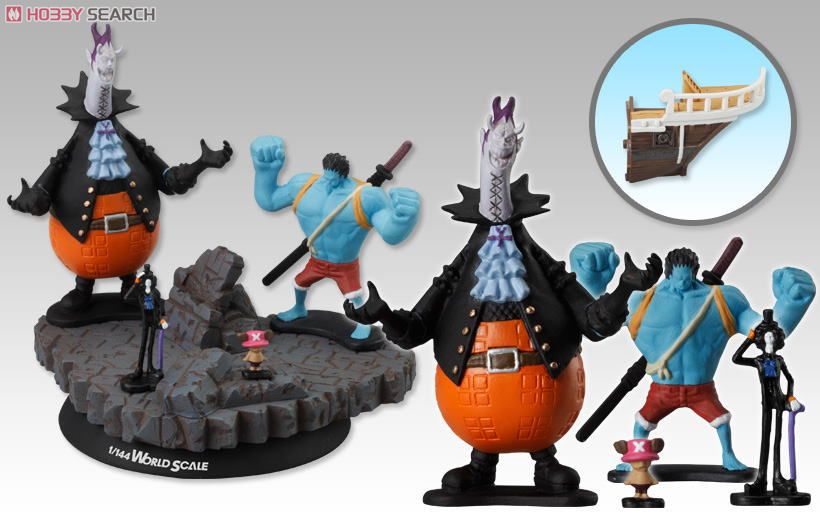 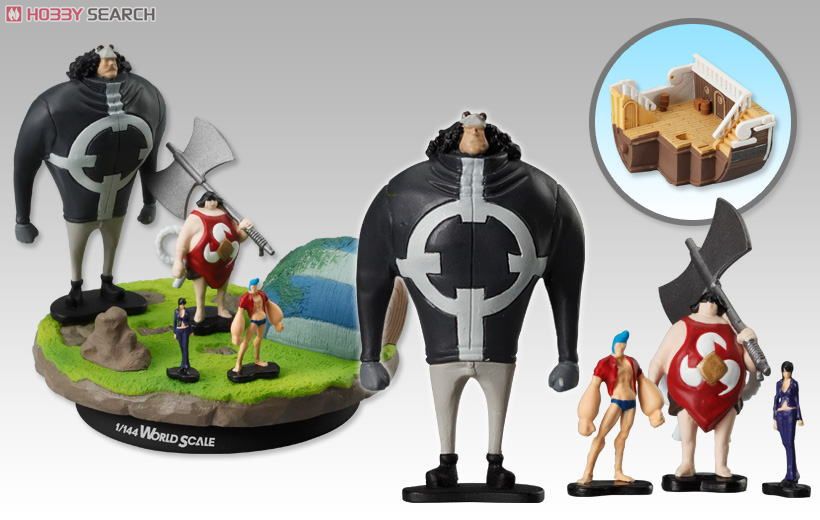 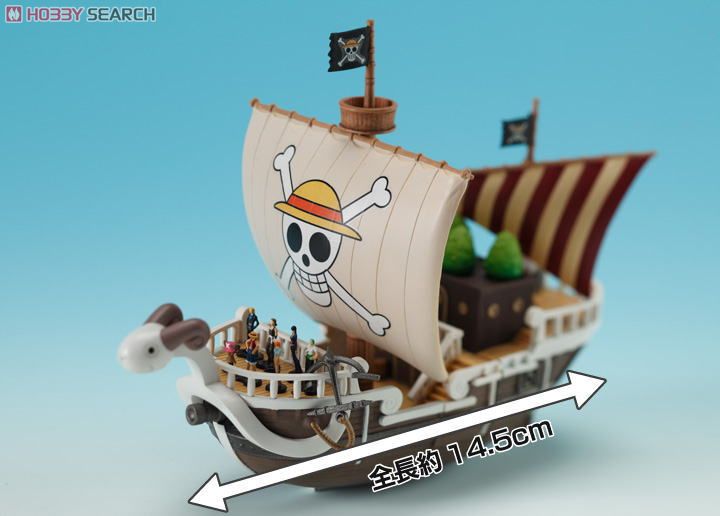 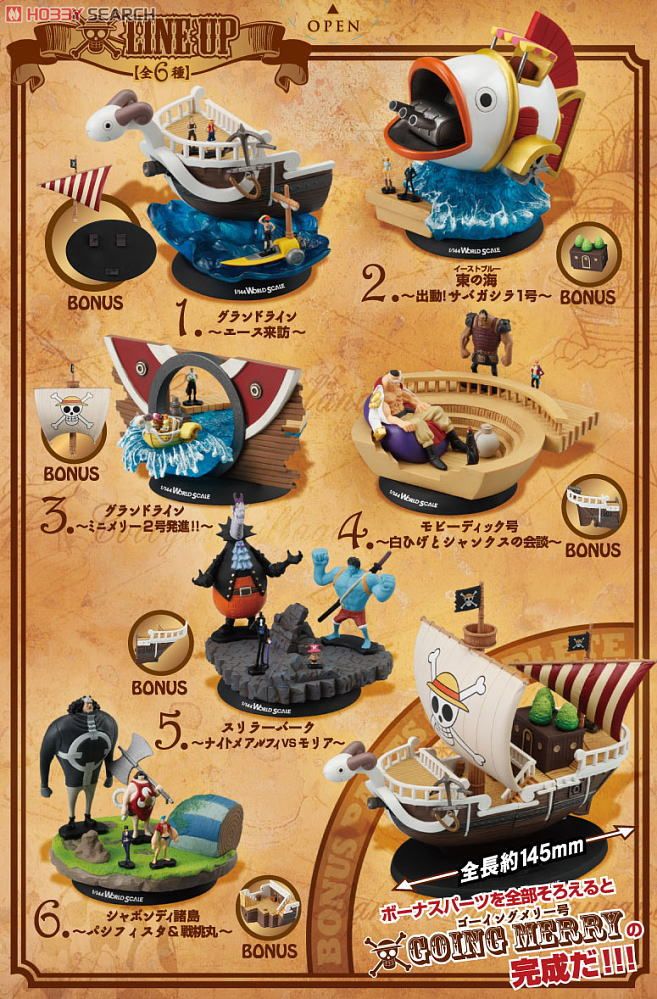 What’s amazing is that they shrunk the characters down while preserving exact details. For example, the main character, Monkey D. Luffy, is originally 172 cm (5.6 feet) tall in the manga/anime, but in this set he is scaled down to half an inch.

You can get them in Japan at supermarkets and convenience stores for roughly $8.50, or order them online via your favorite Internet hobby shops.