﻿Hungry for You: Endo Yasuko Stalks the Night [Review] 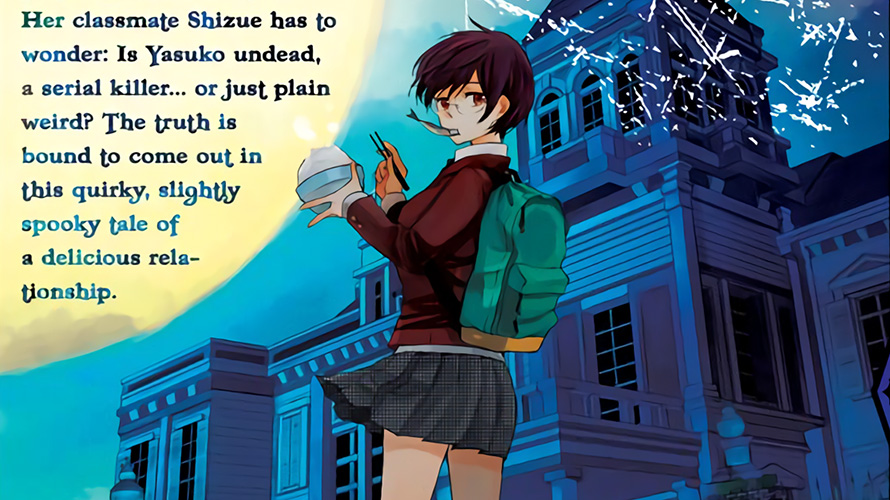 Billed primarily as a story of friendship, Hungry for You is closer to horror comedy, with an emphasis on the comedy. Dreary Yomai Town is the site of mysterious disappearances. Three teenage girls have vanished, and the culprit seems to be Endo Yasuko, a girl with no family and a taste for flesh. Endo befriends/ bribes her classmate Shizue into “feeding” her to slake her hunger. Shizue assumes Endo is a serial killer, if she’s anything at all, and goes along with Endo’s desires to prevent further deaths. Meanwhile, fellow student Agawa, a near-victim of Endo’s, suspects that Endo is more than a serial killer: she’s a vampire. To rid the world of this bloodsucking threat Agawa calls in rookie vampire hunter Ashley all the way from Texas. 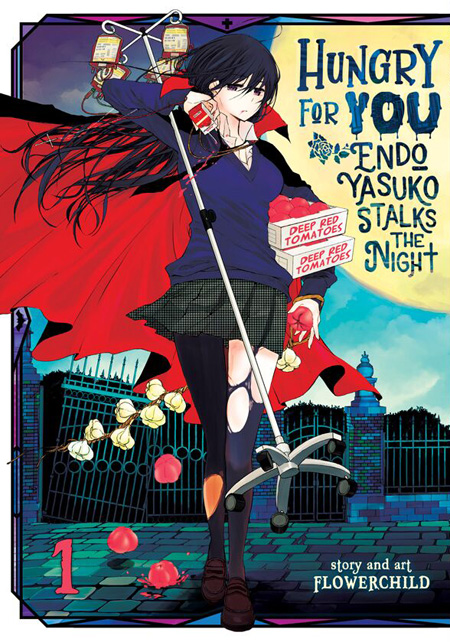 Hungry for You is an off-kilter vampire story peppered with yuri overtones. The book is 80 percent gag manga and 20 percent fanservice. But not even the fanservice conforms to expectations. The busty lead vampire keeps her clothes on, and it’s her flat-chested friend Shizue who takes her top off. At any rate, the cheesecake really only goes as far as showcasing some underwear. Meanwhile, Agawa is hell-bent on killing Endo, charging the vampire hunter’s services on her parents’ credit card and expecting to catch hell when the bills come due. The manga leaves little room for doubt that Endo is some sort of supernatural creature, although Shizue remains in total denial despite personally witnessing some of Endo’s superpowers.

The art, heavy on the black, has a decently brooding quality for a gag manga. The character designs range from the adorable moe girl Agawa to the mature and full-figured Endo. The linework is sketchy but attractive, and the artist handles the horror elements, high school drama, and comedy with equal skill. There are even some decent fight sequences. Hungry for You is the comedy horror you weren’t expecting, not the T&A manga you were, and the book about twisted friendship we probably all deserve.

Live-Action Bleach Dated for Netflix in the U.S.
﻿Hinamatsuri [Review]