You know, I thought I would have been completely worn out by zombies at this point, but I think the recent cultural plague of vampirism may have lessened the saturation of the shambling undead just enough to clear some room on my plate. Nihilistic Software’s Zombie Apocalypse takes the tried and true setting of the hopelessly gruesome End Times and throws in the type of twin-stick shooting that’s proven successful many times over for Xbox Live Arcade and Playstation Network titles. The result is a bloody mess that provides a pretty good, if wearisome, time with friends both online and off.

There are many lessons of survival here once you choose from one of four characters, each with their own quirks that are entirely cosmetic. The first is one most will learn the hard way. As tempting as it is, sometimes you just can’t save everyone from the encroaching undead. Throughout each of the levels—ranging from a graveyard to a carnival and beyond, seven in total—unarmed survivors will pop up, depending on you to stave off enemies until a helicopter ladder drops down. Do so and you’ll receive a little zombie bait treat, but survivors attract zombies like worms on a hook themselves, making their rescue more risk than reward at times.

That’s what these games are all about, though, right? Rescuing people in Robotron is insanely risky, but the hunger for points drives us to absurd feats. That’s the main attraction here, as it should be, and the game is at its best when shotguns drop from on high, allowing for a double-barreled pass to true heroism. Still, my point stands, you can’t save ’em all. You will die. Though the distinction may not be totally necessary since they’re all within the same genre, Zombie Apocalypse is more Smash TV than Robotron or any of the other twin-stick shooters. Some of that may have to do with the level of gore, but the pacing factors in, as well. As the game progresses, your standard zombies shamble aside to make way for larger units, like construction working dudes that can handle a few more bullets and hit the player with unbreakable holds that mean instant death. One-hit kills from a distance also become a threat as the enemy roster expands.

The variety provided by fresh enemies is key once the environments start looping, as the baiting mechanic—the bait those survivors drop can be tossed in environmental traps that mince, shock, and torch the zombie hordes—quickly loses its flair. Thankfully, just because the levels loop doesn’t mean they always stay exactly the same. Blackouts, for instance, create fresh hazards in the form of extremely limited visibility, which will either thrill or frustrate you (or both) depending on your level of patience.

Lights on or off, junkyard or airport, it’s not really going to matter later in the game. The environments eventually become pure background noise when the prime concern turns to dodging the throwing knives of geriatric corpses, or trying to make it to that box of molotov cocktails before the rotten masses converge on the drop zone. Learn to love that chainsaw in the tight spots. At some point you’ll have had your fill, regardless of the zombie variety and challenge of later levels. Of course, the meat here is multiplayer, and there’s simply no substitution for playing with at least one other person. A full four-player party can be a blast, especially during the honeymoon period of the first weekend with the game. This is how it was meant to be played, and it makes a huge difference whether you have physical bodies in the room, or are just playing over Xbox Live with friends or complete strangers.

Zombie Apocalypse is repetitive, pretty much at the level one might expect from a zombie-blasting shooter. This is most apparent in the general apathy I’ve experienced among others when it comes to forging ahead and tackling all 55 stages. A lot of players are more inclined to just put the game down rather than soldier on and see it through, and that speaks volumes. For the asking price of 800 MS points ($10, same on PSN), though, there’s a fair amount of entertainment to be had here, with a few additional modes that help stave off the monotony. If the trial clicks and you’re prepared for a fairly mindless and repetitive experience, Zombie Apocalypse fits the bill. Just be sure to bring some friends along when entering this particular wasteland. 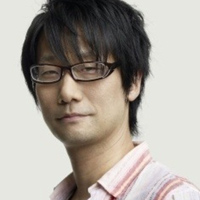 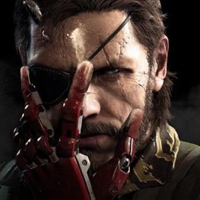