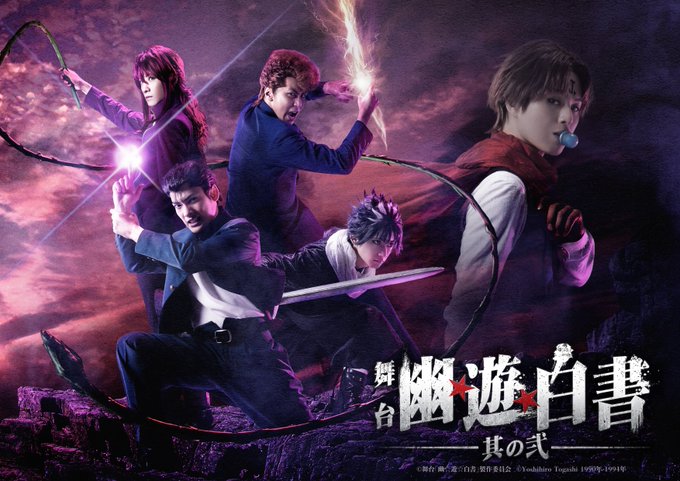 Last summer, the Yu Yu Hakusho play got off to a successful start with its first performances. Now the second stage adaptation of Yoshihiro Togashi’s hit manga is gearing up to return with performances on Tokyo, Osaka, and Kyoto this December.

Ticket pre-sales will be available to those in Japan from September 20 until October 4, and it sounds like fans will want to secure theirs early. Last year’s August 28 to September 22 performances of the Yu Yu Hakusho play all managed to sell out completely.

Tsubasa Sakiyama is in the lead as Yusuke Urameshi, alongside Naoya Goumoto as Kazuma Kuwabara, Hiroki Suzuki as Kurama, Shohei Hashimoto as Hiei, and Hirofumi Araki as Koenma, among other core cast members.

Here’s the schedule for the December 2020 run of the Yu Yu Hakusho play: