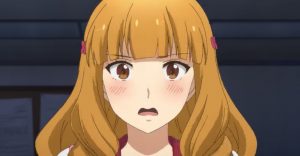 We ended January with a peek at the main visual for the YU-NO anime, which adapts the remake of the cult classic visual novel YU-NO: A girl who chants love at the bound of this world. Now we know that the series officially kicks off in Japan on April 2, and there’s a new promo to go along with the updated schedule.

Tetsuo Hirakawa (Grimoire of Zero) directs the anime at studio feel, with voice talent from the 2017 remake reprising their roles. Check out the latest footage below.