Young, Alive, in Love Is a Quirky, Different Kind of Manga 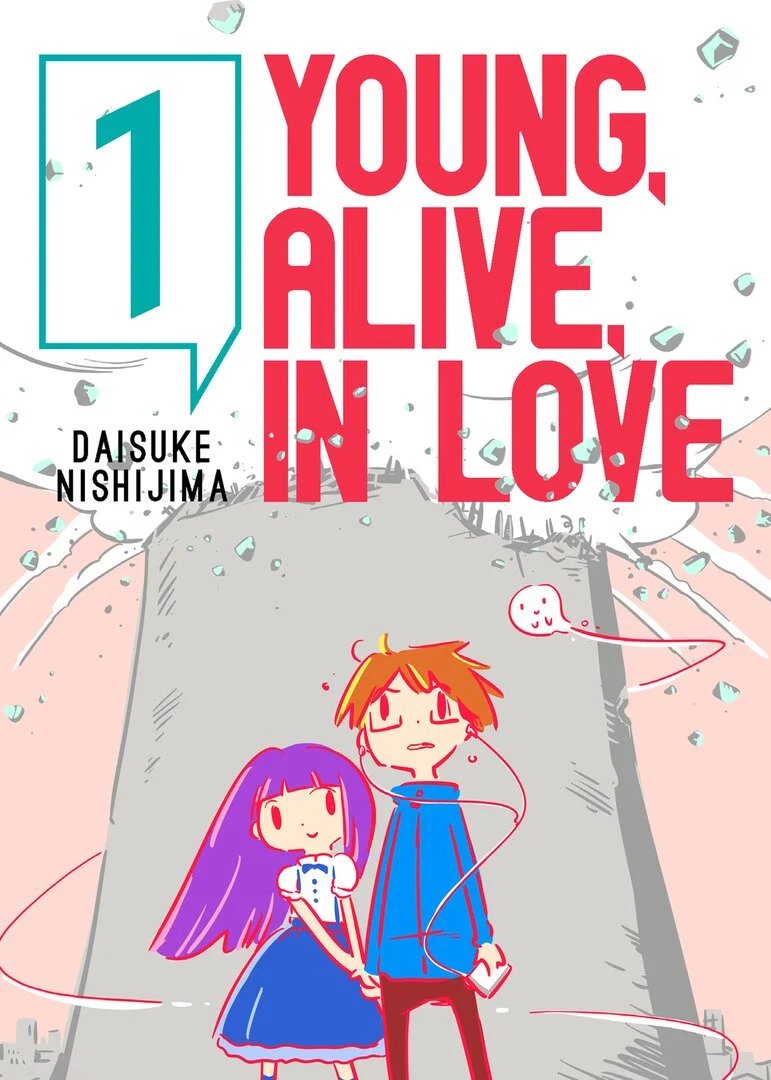 Young, Alive, in Love is a different sort of manga starring different sorts of characters with a different sort of art style. The main characters, Hayakawa Makoto and Hieda Mana, are oddballs who end up as a couple seemingly because no one else gets them, including their family. Mana has been able to see ghosts since her mother died (or so she claims) and Makoto is obsessed with the town’s “water heaters,” which he thinks are nuclear and could go off.

The ghost part isn’t scary. You can see the ghost on the cover, and it’s drawn in a cute way. It seems that the water heaters, or whatever they are, were built over corpses, and the spirits were unable to rise up, which is why they’re stuck in earthly limbo.

One of the themes in this manga is what’s real and what isn’t. Can Mana really see ghosts? Are the water heaters actually dangerous? Makoto believes information he gets on an app, but his teacher insists he’s been tricked. Makoto also comes across anti-American and antisemitic conspiracy theories online, tapping into the all-too-well-known ability of the internet to spread false and hateful messages.

The artwork, as one can see on the cover, is different from your typical manga. While it still has big eyes and you can see manga’s influence, the artwork is unusually sketchy and stark. Sometimes panels just have writing on them, and not even in word bubbles. The more basic artwork doesn’t have the aesthetics of more detailed manga art, but it has its own quirks and works for a unique book like this.

The manga consists of three volumes, and the first leaves plenty of questions unanswered. It could go in a number of different directions from here. While merging aspects of horror, romance and slice of life, in the end it feels different and unique.