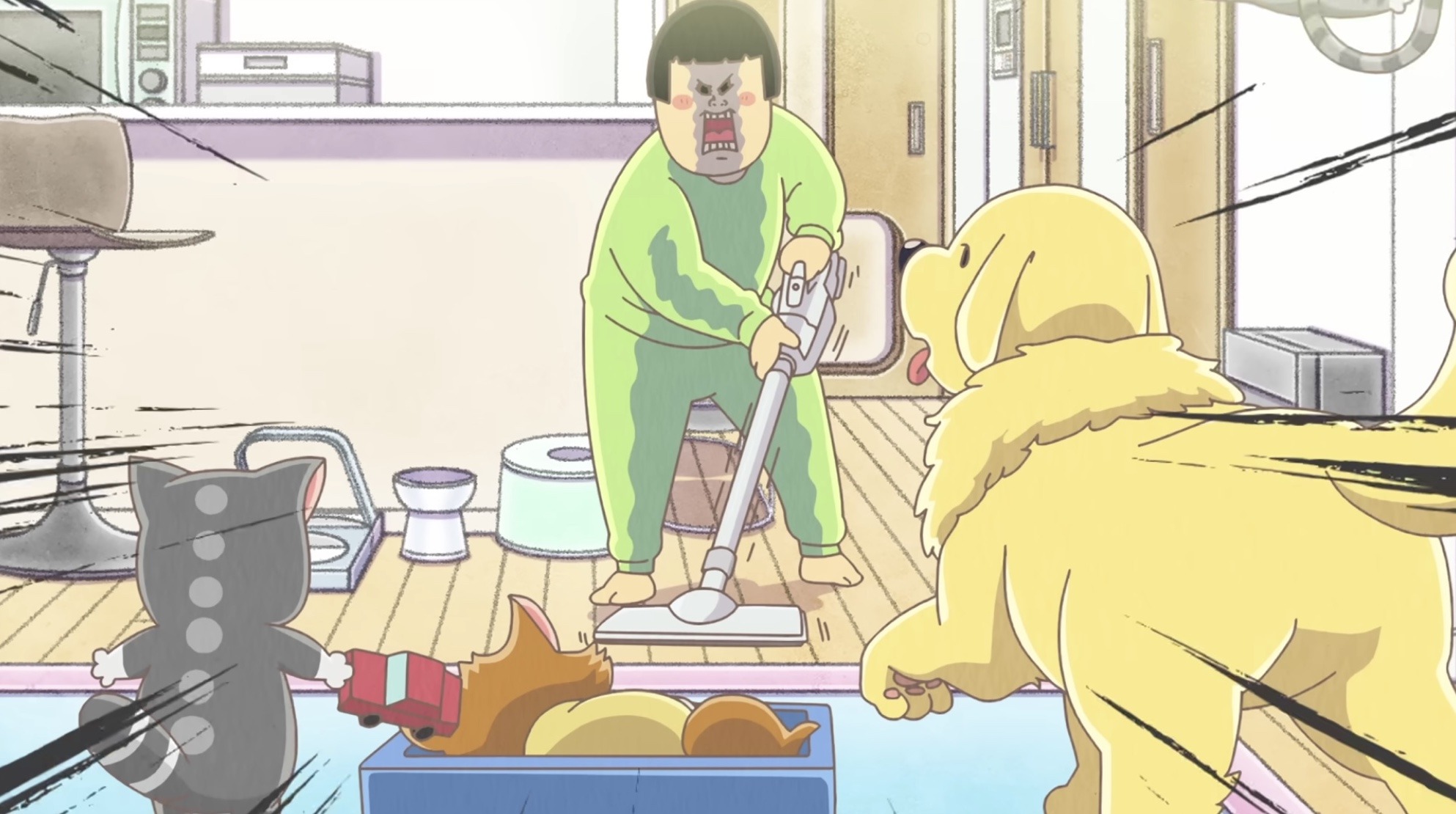 Mamekichi Mameko NEET no Nichijou (Mameko Mamekichi’s NEET Everyday Life) is an autobiographical essay manga by Mameko Mamekichi, a NEET (“Not in Education, Employment or Training”) who lives with her dog Komachi and her trio of cats, Tabi, Simba and Mero. Now it’s set to make its way to the screen in an anime adaptation that will start its broadcast run on Fuji TV this October.

Check out a look at Mameko’s life in the promo below. 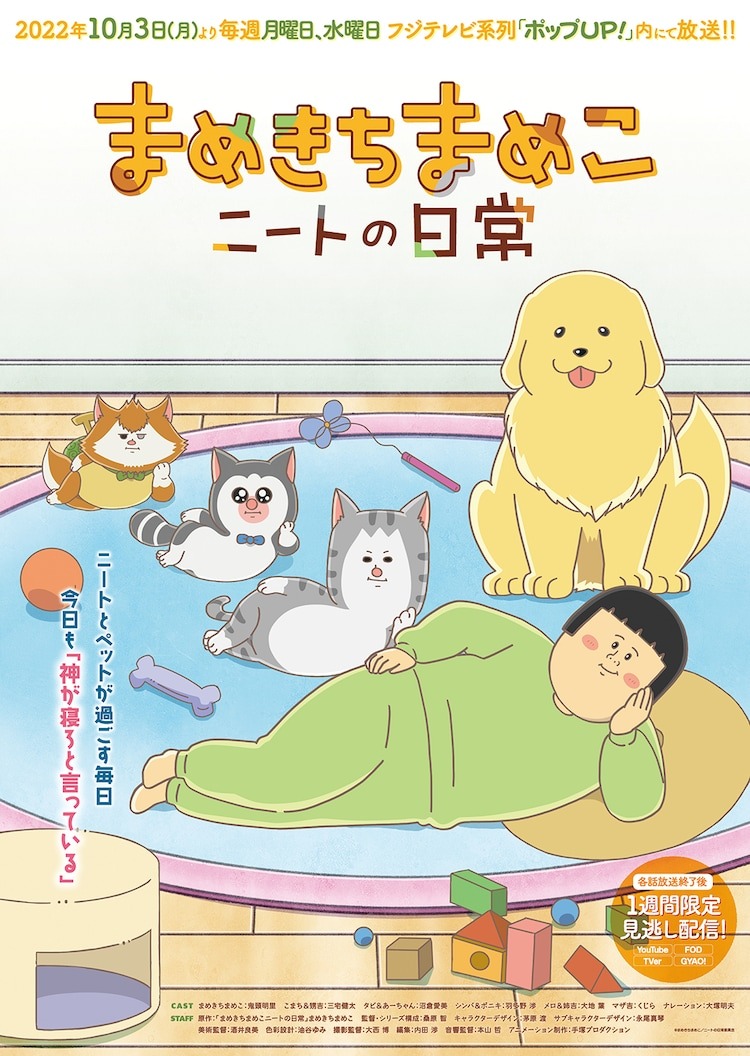 When Mamekichi Mameko NEET no Nichijou starts on October 3, it will air as part of Fuji TV’s Monday program POPUP!.