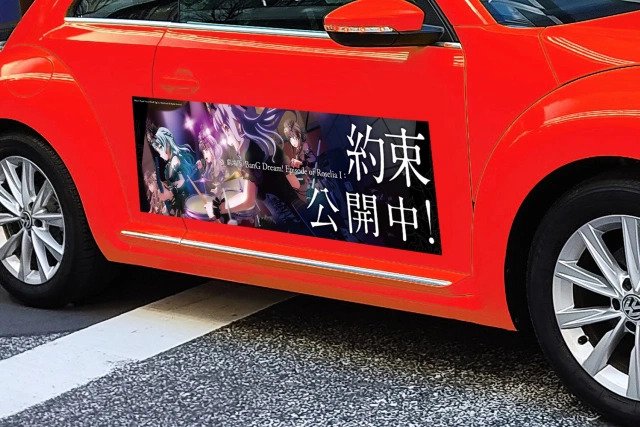 Sometimes you see cars driving around with ads on them. Well, in Japan a company called Cheer Drive is paying people to drive around with otaku ads.

Japanese drivers who are interested can download the app and pick what otaku project they’d like to advertise. Only certain projects are in the running, so you don’t just get to pick your favorite anime (unless of course that anime is on the list).

Cheer Drive then mails you three stickers you put on your car, which are easy to remove when you’re done advertising. People are generally paid about 6 cents per kilometer they drive, so it’s not going to flood your bank account. But if you’re driving anyway, otaku could find this an easy way to make a little bit of money on the side.

If there were a similar business where you live, would you want to advertise anime on your car?