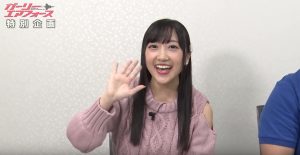 Voice actress Yūka Morishima currently has a role as Gripen in the Girly Air Force TV anime, based on the light novels written by Kōji Natsumi and illustrated by Asagi Tousaka. With the series currently on air, Avex Pictures took the opportunity to promote it in a unique way that involves introducing Morishima to the world of plastic model kits.

The model Morishima is tasked with building in the new video series is none other than the JAS-39D Gripen, which is appropriate given her Girly Air Force character. Watch as she gets to work in the videos below, and keep checking the Avex Pictures YouTube channel for future updates if you like what you see.

The Girly Air Force anime is currently streaming on Crunchyroll.

Mysterious flying creatures called Zai suddenly appear and overwhelm all of mankind’s aerial combat forces. To fight them, mankind modifies existing aircraft frames to create mechanized soldiers called “Daughters,” which are operated by automated piloting mechanisms called “Anima” that have the appearance of human girls. The story begins when Narutani Kei, a boy who yearns to take to the skies, encounters a shining red aircraft and its pilot, an Anima named Gripen who has been named mankind’s trump card.

Takahiro Sakurai Plays Diablo in That Time I Got Reincarnated as a Slime Anime
New Free! Anime Film Lined Up Nicely for Tokyo’s 2020 Olympics