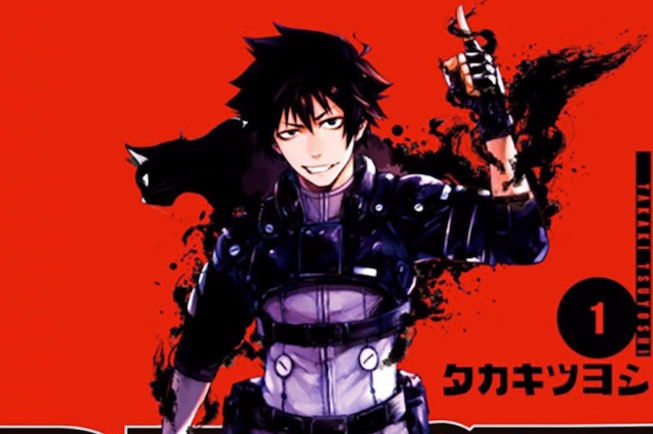 Viz Media had a handful of manga licenses to announce during its official panel at this past weekend’s San Diego Comic-Con, and now they’re here with the details on each title. Dig in below for info on everything from supernatural action series Black Torch to Inio Asano’s Dead Dead Demon’s Dededede Destruction.

Jiro Azuma is descended from of a long line of shinobi, and he also can talk to animals. Although he may appear rough and tumble, his compassionate side emerges when it comes to furry critters. But Jiro’s soft spot for animals gets him in major trouble when a suspicious stray cat fuses with him, granting him exceptional power but also dragging him into humanity’s hidden battle against powerful, menacing spirits.

Since ancient times, rumors have abounded of man-eating demons lurking in the woods. Because of this, the local townsfolk never venture outside at night. Legend has it that a demon slayer also roams the night, hunting down these bloodthirsty demons. For young Tanjiro, these rumors will soon to become his harsh reality.

Kaguya Shinomiya and Miyuki Shirogane are two geniuses who stand atop their prestigious academy’s student council, making them the elite among elite. But it’s lonely at the top and each has fallen for the other. There’s just one huge problem standing in the way of lovey-dovey bliss – they’re both too prideful to be the first to confess their romantic feelings and in doing so become the “loser” in the competition of love! And so begins their daily schemes to force the other to confess first!

Three years ago the aliens invaded Tokyo. Nothing is ever the same. But after a while, even impending doom starts feeling ordinary. The Japanese Self Defense Forces are still looking for a way to combat the looming alien threat, but so far conventional weapons have had no effect on the mothership. Maybe it’s time to try something unconventional. Meanwhile, Kadode Koyama is in high school. She and her best friend avidly track the aliens’ movements on social media and less enthusiastically study for college entrance exams. When the end of the world is overhead, you learn to take things one step at a time.