Video Game Orchestra, known for putting on full rock/orchestral (AKA “rockestral”) arrangements of a variety of video game music, is set to return to Boston Symphony Hall for another night of genre-spanning tunes. Tickets are now on sale for the concert, which will feature music from Final Fantasy, Grandia, Kingdom Hearts, Castlevania, and more, with some true legends in attendance. 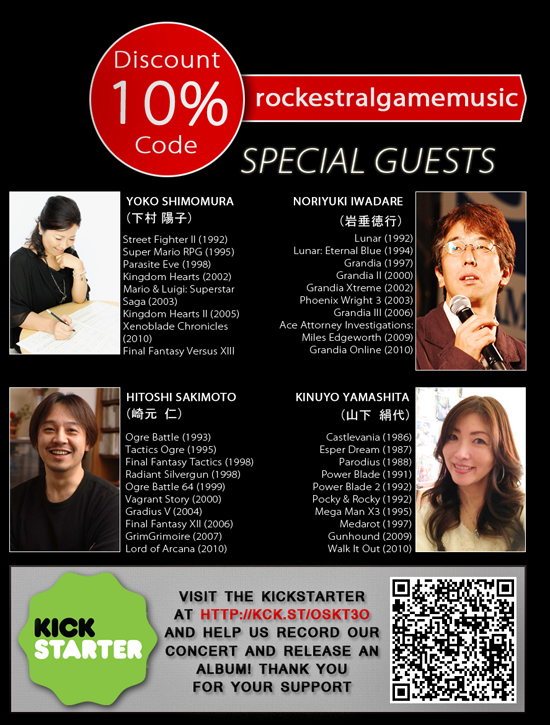 VGO is also currently right in the middle of a Kickstarter, with the ultimate goal of funding a live album of the concert. Anyone plan on attending? 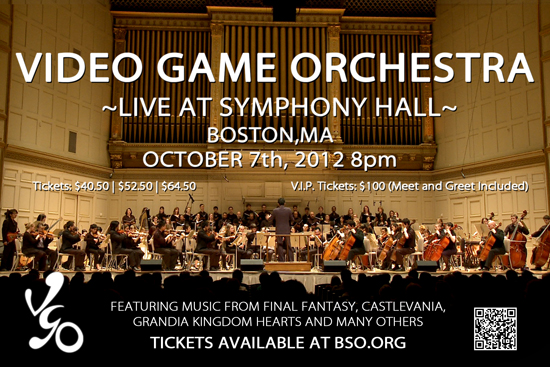