Velveteen & Mandala Creator Is Coming Out With New Manga 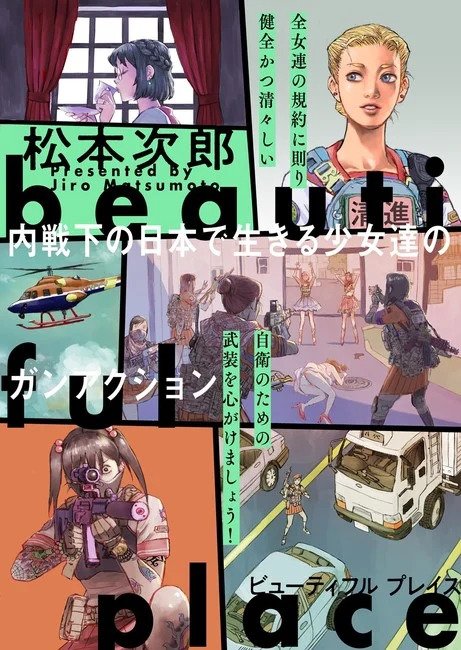 Jiro Matsumoto, the mangaka behind the sexy and violent girls-with-guns manga Velveteen & Mandala, has come out with a new manga. It’s called beautiful place and it debuted on Friday in Complex, the online part of Hero’s Inc’s Monthly Hero’s magazine.

Matsumoto worked on Velveteen & Mandala more than a decade ago, and it’s published in America by Vertical, where it recently received an e-book version.