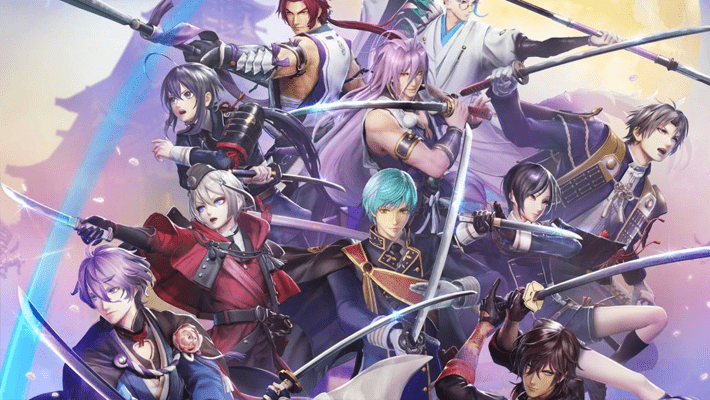 The Touken Ranbu Warriors game from KOEI Tecmo Games and DMM Games will be available for American fans on May 24! But there’s more exciting news: in addition to Switch, you can play the game on PC via Steam. Before this it had only been announced for Switch.

If you get the Steam version, it has text and subtitles in English, Japanese, Simplified Chinese and Traditional Chinese.

If you want to check out the playable demo, you can find that on Steam and the Nintendo eShop.

“In Touken Ranbu Warriors, members of Touken Danshi have been drifting through time without their master – the Saniwa – to lead them, when they are suddenly attacked by the fearsome History Retrograde Army (HRA). After the initial conflict, the Touken Danshi are approached by the Government of the Time, and sent on a mission into the war-torn Sengoku Era where the revision of Japanese history is already underway. Can the Touken Danshi heroes restore order while restoring the original timeline? The fierce but beautiful battles of the Touken Danshi are finally a reality!”

Akiko Shikata, who has done theme song performances for Umineko – When They Cry and Yona of the Dawn, is sharing her vocals for Touken Ranbu Warriors. Not only does she perform the opening theme song “Color Barrage,” but she’s also performing both ending theme songs “Honor” and “Time.”

Touken Ranbu is a major franchise in Japan, consisting of everything from games to stage plays to anime to stage musicals to live-action movies. Its premise is anthropomorphizing famous Japanese swords into beautiful young men, so you can see where the popularity lies.

Miss My Dress-up Darling? Check out these RomCom Titles Next
Police: Woman May Have Made $77,000 Off Demon Slayer Counterfeits