Every time I’ve written about some iteration of Masamune Shirow’s Appleseed, I’ve led with a comparison to Warhammer 40K by Games Workshop, but I promised myself that I wouldn’t do it again. The comparison is apt; both Appleseed and 40K combine a grimdark concept—a high-tech future torn by violence and strife—with a goofy premise that the authors treat completely seriously. But I’m not going to rely on that comparison. I’m going to write about juice boxes. 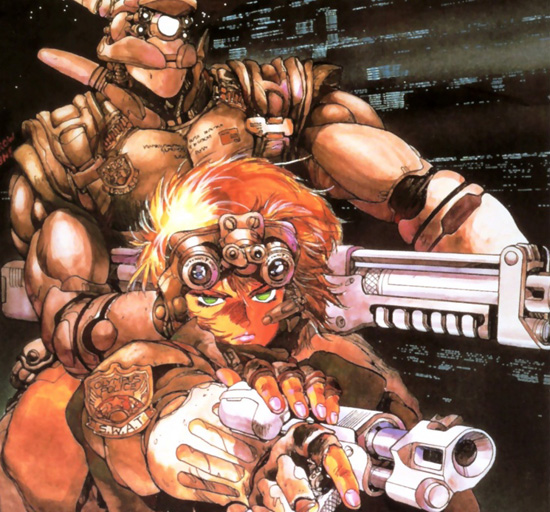 If your middle school and high school careers were anything like mine, you probably remember packing your lunch in a brown paper bag. You may also remember the dreaded juice box, a thimble-sized concoction of sugar water and artificial flavors that couldn’t quench the thirst of an ant. Of all the juice boxes designed to frustrate the nutritional needs of adolescent boys and girls, perhaps the most dire was a brand called CapriSun. Whoever invented these things was a criminal genius on the level of Moriarty. CapriSun didn’t come in a box; it came in a silver pouch. The only way to get to the nectar within was to pierce the pouch with a yellow Punji stick straw, but you could only pierce it in a very specific spot, and if you didn’t apply just the right pressure at just the correct angle, the treacherous juice box would leak sticky stuff all over your hands.

(Don’t tell me you could always stab it through the bottom. That was the coward’s way out. Stab it in the bottom and the terrorists win.)

Regardless of how you pierced that juice box, no matter how stiffly you puckered, no matter how hard you sucked, a little dribble of juice always remained in the container to mock and to taunt you.

The Appleseed OVA from 1988 is a CapriSun juice box: overly specific. Impenetrable. A lot of effort for little reward. 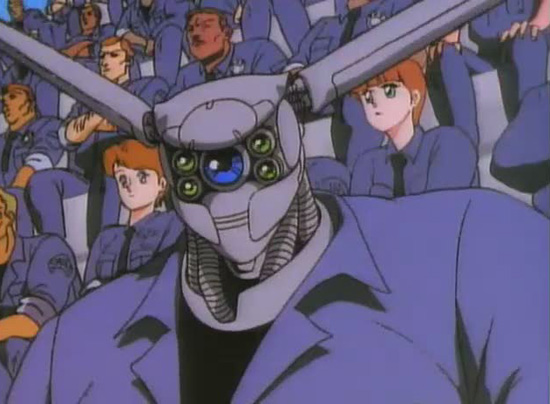 Like the movies that followed it in 2004 and 2007, and like the television series that came out in 2011, the Appleseed OVA depicts a world ravaged by war. Out of the ashes of the last great global conflict rises the city-state of Olympus, a futuristic utopia designed to cater to the needs of a dwindling human population. Overseen by Gaia—an artificial intelligence the size and shape of several skyscrapers stacked in a monitor arch—and administered by a race of Bioroids programmed to serve humanity, Olympus was created to be a paradise. But Olympus is beset from without by rival city-states and from within by pro-human terrorists, cadres of malcontents who view Olympus not as a brave new world but as a gilded cage. It falls to the members of E-SWAT, the EXTRA Special Weapons and Assault Team, to defend the city from all threats foreign and domestic. Deunan Knute, a veteran of numerous conflicts, and her cyborg lover, Briareos Hecatonchires, are two such members of E-SWAT. Their duty is to keep the peace, and they suck at their jobs.

Seriously. Every adaptation of Appleseed involves Briareos and Deunan failing to keep the peace in some spectacular fashion. In the 1988 OVA, they fail to prevent a terrorist conspiracy from shutting down Gaia and hijacking the latest Olympus defense mechanism: a titanic spider-tank with enough weapons and armor to gleefully knock over buildings. They fail to detect the presence of a traitor in their midst, even though the culprit constantly acts like a kid caught with his hand in the cookie jar. At one point, they fail to stop the bad guys because Briareos and Deunan were on vacation, and Briareos forgot to check his voice mail messages. It’s a bona fide festival of failure. 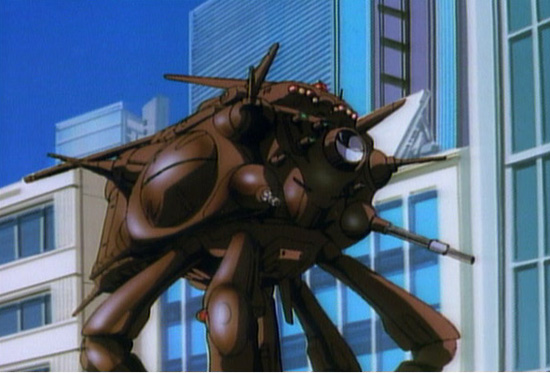 Like slurping on a CapriSun, the OVA is a mixed bag. The animation is laughably limited in places. One particularly funny scene features a hostage-threatening cyberpunk posing in front of a window. The perp stands stock-still, brandishing an assault rifle and providing a perfect target for the police snipers on the adjacent roofs. Other silly scenes involve helicopters, which don’t so much hover as slide toward their destinations. The greatest animation sin is the spider-tank, which comes equipped with six city-stomping legs, but which only moves by levitating (i.e. dragging the animation cel) in an obvious cost-cutting measure. The story isn’t particularly engaging. It focuses too much on Calon, a traitorous police officer working with the terrorists, and too little on Deunan and Briareos.

There are little glimmers of sweetness to be found at the bottom of this juice box. I enjoy how Athena, the Bioroid inspector-general tasked with ensuring the safety of Olympus, comes across as a stone-cold mama-jama in this OVA. Other versions keep her trapped behind a desk or burrowing through board meetings, but in the Appleseed OVA, she gets her hands dirty. I like the detail in the mechanical design. I like the attention that the animators paid to the way things explode or the way bullets interact with human bodies. I love seeing Briareos, a towering cyborg with most of his body replaced by sensors and steel, dressed in normal human clothes: a leisure suit, pajamas, a hospital gown. 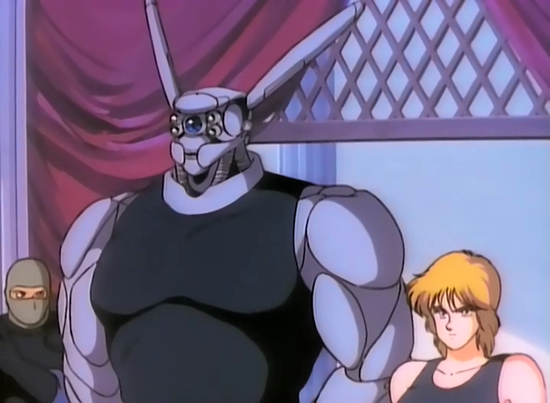 But like the proverbial juice box, it’s not enough to satisfy me. I’m not the shiny-eyed middle-schooler who twenty years ago stumbled into Blockbuster Video and stumbled out with a rented VHS copy of the U.S. Renditions release of Appleseed in one hand and a CapriSun in the other. Times have changed, and although the human race has yet to invent a juice box capable of preventing the apocalypse, Shinji Aramaki and Takayuki Hamana have given us better (albeit equally dumb) versions of the misadventures of Briareos Hecatonchires and Deunan Knute. And now it’s time to slam closed the Vault of Error on this embarrassing chapter of my life, and to leave the 1988 Appleseed OVA hidden there amidst the cobwebs and the spiders and the mediocre titles of yesteryear.