The vamps are back in Diabolik Lovers More, Blood 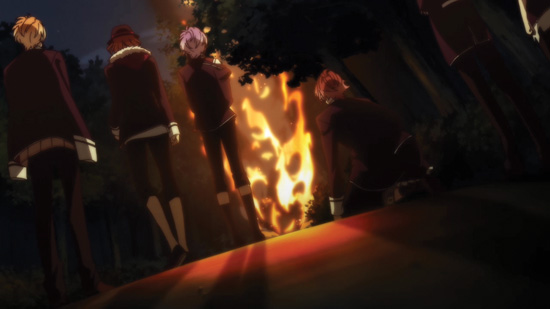 Let sleeping dogs lie, some would say. Sleeping vampires, definitely. But Japanese schoolgirl Yui Komori already crossed that bridge in the first season of Diabolik Lovers, and as another turn of phrase goes, she made her bed, though she had no other option, and thus must lie in it, with said vamps. So she did, and the story could have ended there. However, animation studio Zexcs dared to poke the bear as well, fanning the flames of controversy by reviving the divisive franchise for a second tour of duty, appropriately titled More,Blood, questionable punctuation usage aside, albeit with a new director and writer at the helm. Like it or not, the boys are back, and are they parched.

It wouldn’t be disingenuous to assess the first season of Diabolik Lovers, based upon an otome visual novel of the same name, which itself was an expansion of a drama CD series, as a marketing tool. Centered squarely around the release of the second game in the franchise, Diabolik Lovers More,Blood, it served to heighten the excitement of established fans, while keeping the original story fresh in their minds. 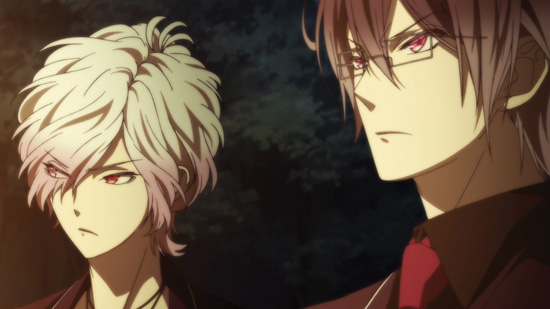 All things considered, this tactic went swimmingly as the franchise continues to occupy a spot among the upper echelon of popularity within the otome industry in Japan, despite the fact that it delves into dark territory and pushes the boundaries of what many consider acceptable as otome content. So then, with new Diabolik Lovers products to promote, why not aim for a repeat of past successes with an anime adaptation of More,Blood?

Return viewers, set aside your knowledge of the first season’s conclusion; it will serve you none here. Like its source material, the original cour was written as a self-contained story. Rather than acting as a direct followup, More,Blood, the anime and the game, present a reimagined “what if…?” tale. 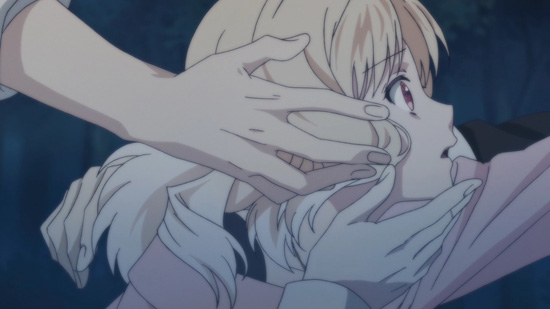 The foundation remains the same—Yui, offered by the church as a sacrifice, is held captive by the six sons of the king of vampires. Noble in blood but certainly not in behavior, these monstrous men torment Yui daily, passing her around like a communal sippy cup, and whatever semblance of freedom they grant her, it is all but an illusion. Given their immense supernatural abilities, she hasn’t a prayer of a chance of escaping, pray though she does.

What’s different this time around is that the central dilemma of Yui’s pesky angina, and the implications of such, no longer exists nor is even acknowledged. Add in a bevy of fresh bloodsuckers, and matters literally careen in an entirely new direction as soon as the gas pedal hits the floor. 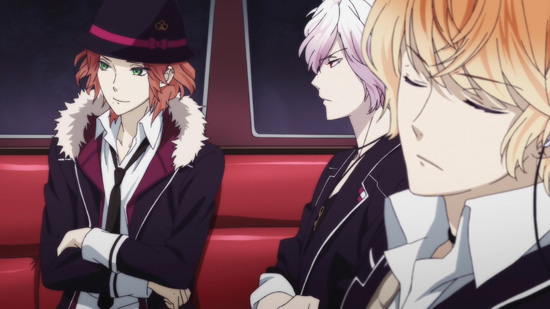 Unfortunately, Yui’s prior heart condition is but one plot point of many that are addressed in-game yet don’t make the transition to the animated show, which is even more reliant than ever on the assumption that the viewer is familiar with additional media in the franchise and can mentally fill in the gaps. The four Mukamis, arguably the stars of this season, whisk Yui away to their own estate, much to the chagrin of the Sakamakis. It’s with the introduction of the Mukamis that Diabolik Lovers transforms from a story of survival, of human versus vampires, to vamp versus vamp, pitting the two families against each other, with Yui helplessly caught in the middle.

Seemingly assuming that fans have grown blasé about the horror of Yui’s entrapment in the monsters’ lairs, a mysterious plan involving Biblical allegories takes center stage and foreign threats loom in the background. It is here that More,Blood takes a big turn. 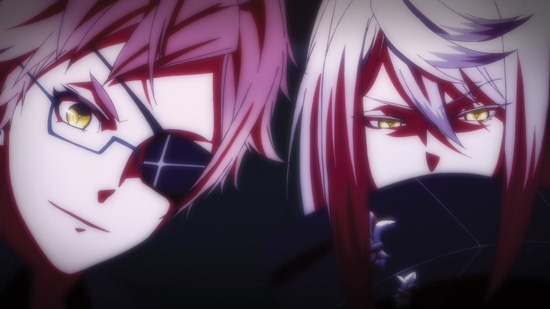 More,Blood is an opportunity for fans to see their favorite characters in motion and a handful of pivotal scenes from the game’s various routes. And, on a technical level, this is executed proficiently. The art retains the standards of the first season, and the foreboding score is largely reused, still strong in quality, though less impactful upon repeat listening.

If you’ve braved the first season, you should already know on which side of the divide you reside. If you find yourself drawn to its darkness, More,Blood can, undoubtedly, be enjoyed.