The Realm of Japanese Fantasy Novels 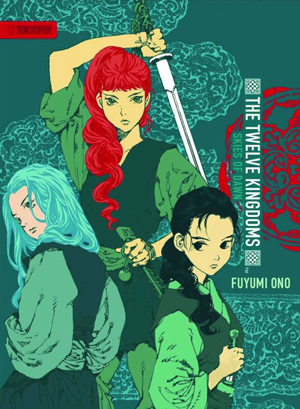 Given that modern Japanese culture is fairly preoccupied with the interface between fantasy and reality, fantasy—whether it involves the construction of an entire new world, as is common in Western fantasy, or simply the layering of a fantasy world along with the real world—is a fairly common subject in Japanese novels, manga, and animation. Still, very few Japanese fantasy novels have managed to make the arduous journey across the Pacific, and Guin Saga—or at least five volumes of that 129-volume behemoth of a cycle—is one of the few that has made it over. But it’s not the only one.

Perhaps the most similar in terms of style and mood is Fuyumi Ono’s The Twelve Kingdoms, published by Tokyopop and the basis for the anime. Ono’s heptalogy set in the world of the Twelve Kingdoms mixes fast-paced action with political drama; each individual book tells a stand-alone story, often with recurring characters from previous novels. There is no central character, although Yoko (presented as the main character in the anime adaptation) is the strongest, and perhaps the most human, of the series. Like Guin Saga, The Twelve Kingdoms is a light novel, and has a brisk pace; the novels may look thick but don’t be surprised if you read them nearly as quickly as you might a volume or two of manga.

Noriko Ogiwara’s Dragon Sword and Wind Child, currently available in paperback from Viz’s Haikasoru imprint, is one. Dragon Sword and Wind Child is a straightforward children’s fantasy novel, set in a world where the forces of Light and Dark constantly war with one another. Saya, born into a village belonging to the forces of Light, discovers that she is the 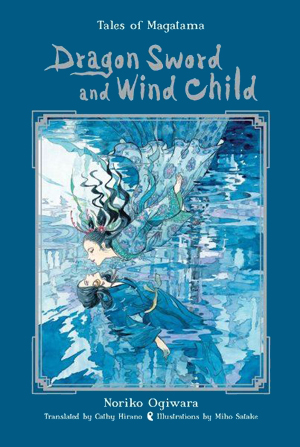 reincarnation of the Water Maiden, which marks her as the inheritor of the powers of the Dark. To complicate matters, she also falls in love with Chihaya, the son of the God of Light. Courtly intrigue follows while Saya struggles to balance the two forces of Light and Dark that motivate her. Dragon Sword and Wind Child is quiet yet powerful, and remains enduringly popular in Japan; scuttlebutt suggests Haikasoru has the rights to publish at least the second novel in the trilogy it comprises.

Haikasoru also publishes two of Miyuki Miyabe’s fantasy novels, the doorstop-sized Brave Story and the more reasonably sized The Book of Heroes. Brave Story is the sprawling, epic tale of Wataru, nine years old, as he copes with the gradual dissolution of his family—his father leaves his mother for another woman, leading his mother to attempt to kill herself and him along with her. After the attempt fails, Wataru finds himself traveling to the land of Vision, an RPG-like fantasy universe which alters itself depending on who is traveling through it. The quest in Vision—designed to embolden Wataru to face up to the crises of the real world—occupies the bulk of the 800-page novel; the first 200 pages are set entirely in the real world, and they are perhaps the best part of the novel. The Book of Heroes follows a similar premise, with Yukiro traveling to the Nameless Land in order to gain the power to hunt down her lost brother, gone missing after an encounter with school bullies; I’ve unfortunately yet to read it myself, however. 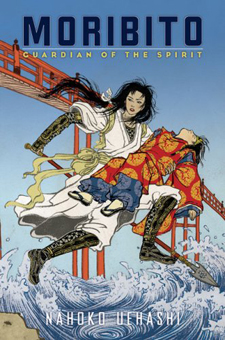 By no means is this a comprehensive list; there’s a few more scattered around the tattered remnants from the light novel boomlet, such as Noriko Ogiwara’s Good Witch of the West, Isuna Hasekura’s Spice & Wolf, and Hajime Kanzaka’s original Slayers novels, not to mention the titles that haven’t made it over here yet (and may never). But they’re out there—even if you have to dig for them a bit, rummaging around used bookstores or remainder piles.