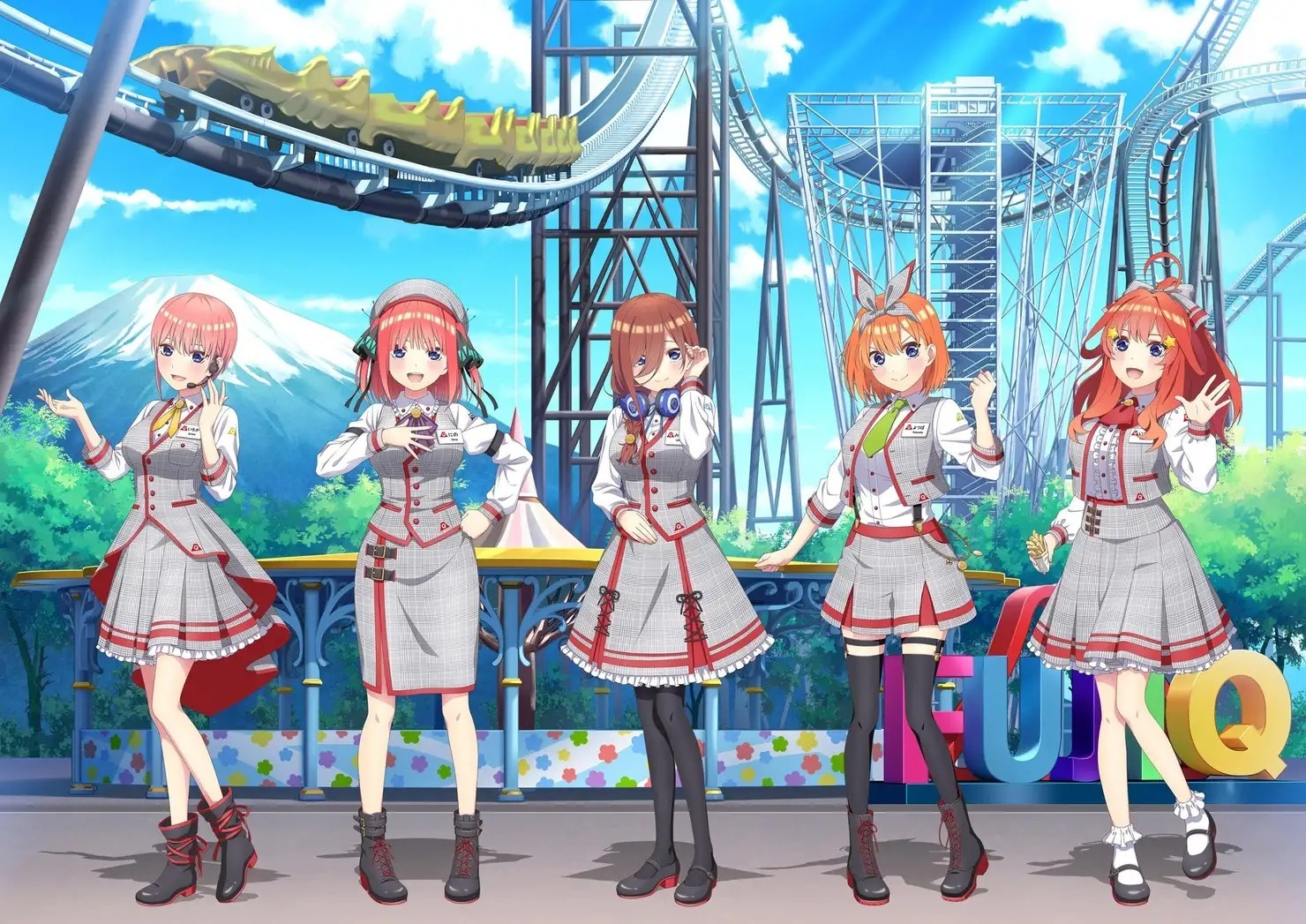 Next up for Negi Haruba’s The Quintessential Quintuplets manga is a big screen anime film outing, but before that, the girls are collaborating with Fuji-Q Highland amusement park. From February 26 to April 22, the girls will be on hand to guide visitors through the park and make announcements via the loudspeaker system, and there will also be a stamp rally, themed food, and special goods for sale based on the above visual.

The Quintessential Quintuplets The Movie is currently set for a May 20 premiere in Japanese theaters. Crunchyroll streams the first two seasons of the TV anime and describes it below: