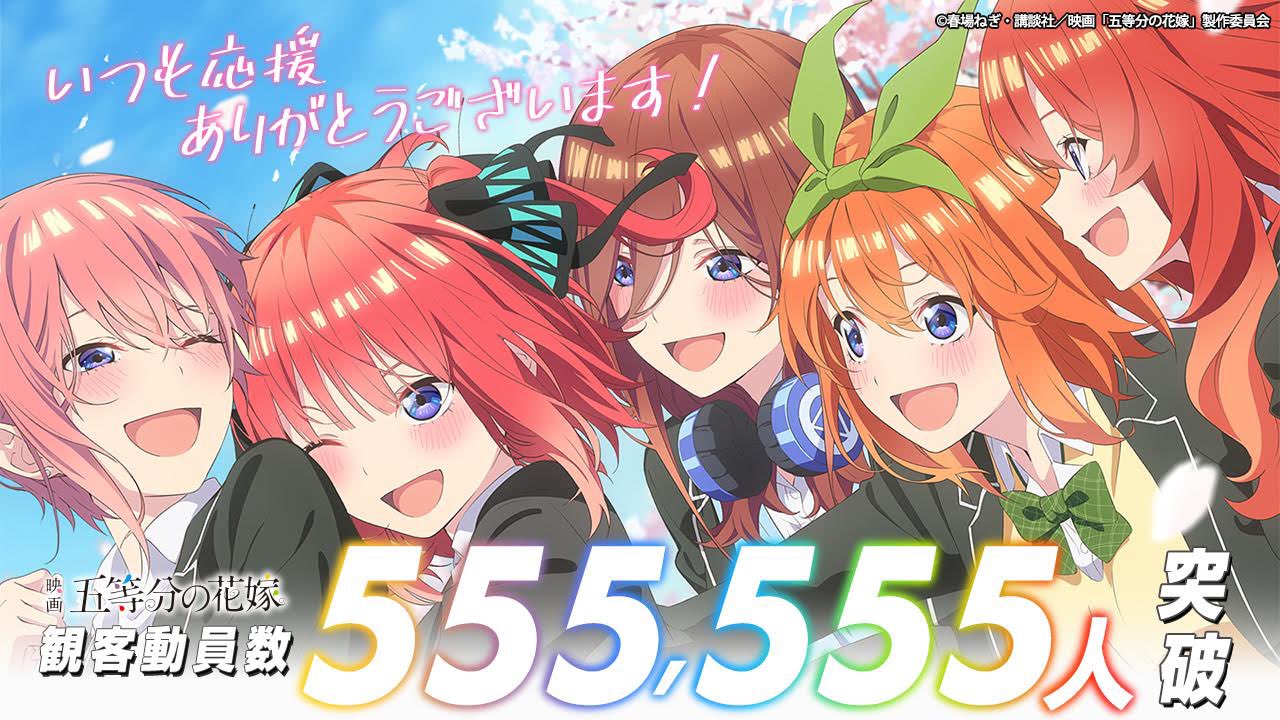 The numbers have increased for what is now the fourth highest-grossing anime film of 2022, and that honor goes to none other than The Quintessential Quintuplets the Movie. The official Twitter account confirmed that the movie’s cumulative box office gross in Japan has surpassed one billion yen, which adds up to about US$7.87 million on the back of 555,555 tickets.

What a nice number! You can see the milestone reflected in the celebratory illustration above. This achievement puts the movie—which opened in Japan on May 20—right behind fellow chart-toppers Detective Conan: The Bride of Halloween (8.6 billion yen), Doraemon: Nobita’s Little Star Wars 2021 (2.64 billion yen) and Crayon Shin-chan: Mononoke Ninja Chimpuden (1.88 billion yen).