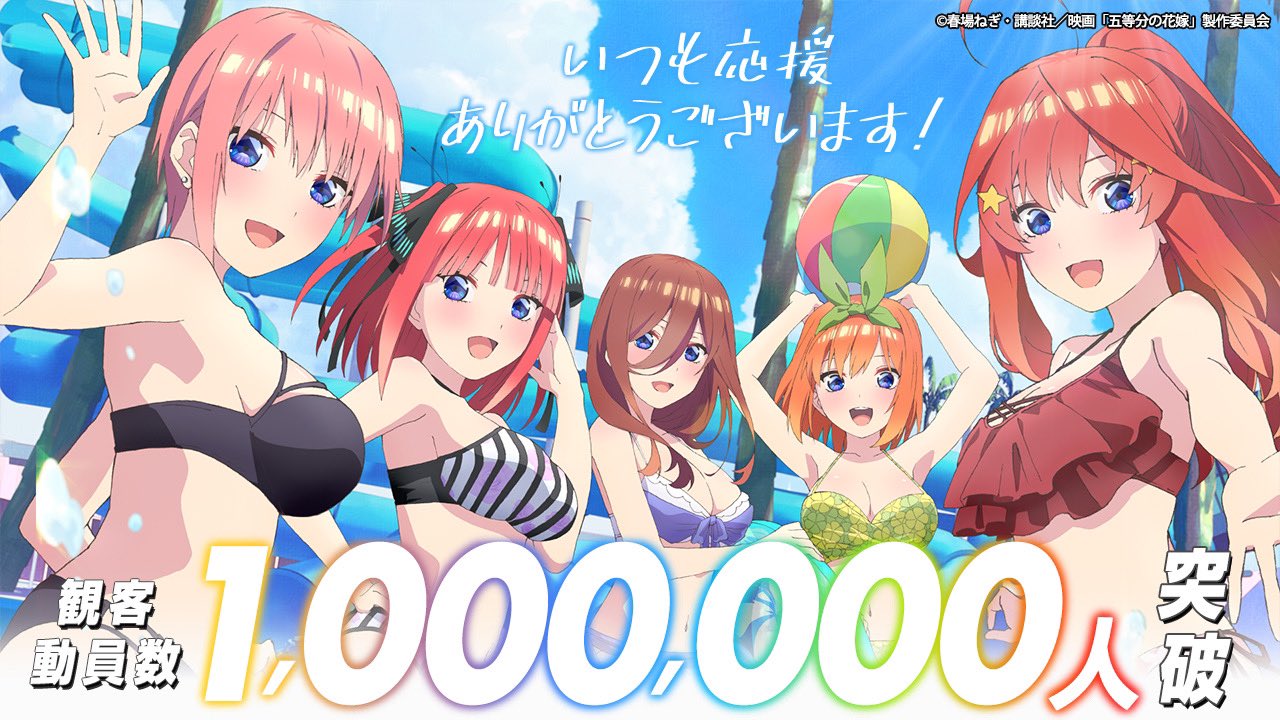 Shortly after The Quintessential Quintuplets anime film announced that it had crossed the milestone of one billion yen in domestic box office gross in Japan, it just scored another achievement. The feature film has officially sold one million tickets in its homeland since it opened in 108 theaters back on May 20.

This brings its current total to 1.39 billion yen (about US$10.94 million) after the weekend, where it found itself landing in fourth place. As of now it stands as the fourth top-grossing anime film in Japan this year, falling just behind Detective Conan: The Bride of Halloween, Doraemon: Nobita’s Little Star Wars 2021 and Crayon Shin-chan: Mononoke Ninja Chimpuden. 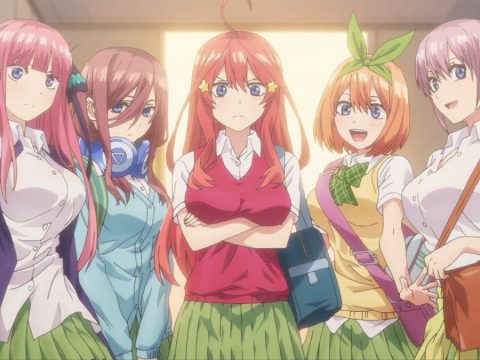