The Next Generation: Patlabor Episodes 2 and 3 Review 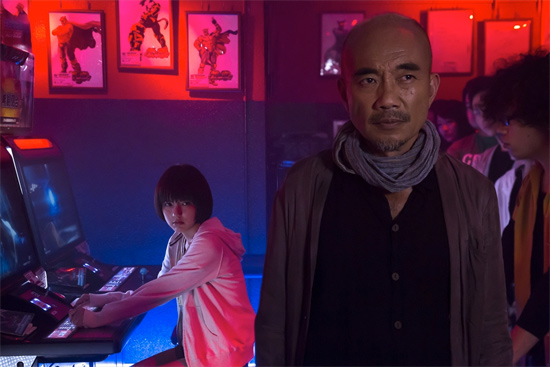 To be honest, I walked into the screening of The Next Generation: Patlabor episodes two and three ready to write the whole thing off as a failure. I’d seen episode one and did not think too highly of it: it felt like another unnecessary, awkward transition from anime to live action, marred with real human beings trying to look like anime characters by bulging their eyes, contorting their faces and rolling around like maniacs – all of which left me with a queasy feeling.

But after seeing episodes two and three – presented together first in theatrical release, with video to come – I think I get it. The Next Generation: Patlabor is a parody.

A parody of what? You name it.

The original Patlabor series, for one – which, while itself a comedy that poked fun at other giant robot series from time to time, ultimately played it straight, evolving into the somewhat serious Patlabor: The Movie and the deadly serious Patlabor 2. 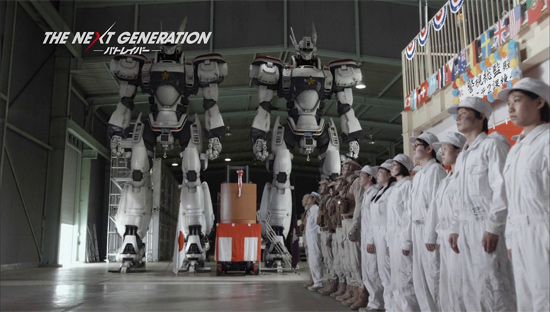 While this seems like lazy screenwriting when taken straight, it makes a lot more sense as parody, and the naming of the characters provides a clue that’s how it’s meant to be taken, too. Ota is replaced by Otawara, and Goto’s successor is named Gotoda (in Japanese, that basically translates to “he’s Goto”).

All the elements of the original show are taken to parodic extremes, too: there were occasional episodes where the Labors weren’t deployed because Tokyo was so peaceful. In The Next Generation, they’ve been on exactly one mission, which lasted all of five minutes, over three episodes and over three hours of screen time. In the original, the maintenance crew sometimes worked all-nighters while the boss Sakaki screamed at them. In TNG, they work so hard they literally become zombies, shuffling across the hangar like George Romero extras.

While I didn’t like any of the jokes in episode one – I didn’t and still don’t find the contorting of real human bodies into weird anime poses particularly funny – episodes two and three actually featured a couple laugh-out-loud moments, like when Gotoda pleads with Shige, head of the mechanics, to have the Labors ready on time for a police ceremony, responding to Shige’s insistence it can’t be done with “isn’t there some way…?” about a thousand times.

The avant garde composer John Cage said, “If something is boring after two minutes, try it for four. If still boring, then eight. Then sixteen” and so on. This scene, along with several others, are stretched so absurdity they go from boring to funny. 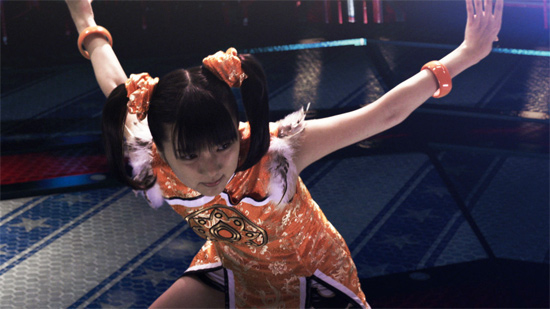 But TNG doesn’t stop at parodying the original series – it dips deep into the Mamoru Oshii oeuvre, with a overlong speech in episode two referencing one in one of Oshii’s first films, Urusei Yatsura: Beautiful Dreamer. And episode three’s guest star is Naoto Takenaka, who 1) played JGSDF intelligence offer Shigeki Arakawa in Patlabor 2, and 2) does here a parodic version of the gruff-old-guy-training-the-young-naive-but-talented-newbie he’s done in other films like Ping Pong.

Finally, a short word about the CG: while the movement of the Ingrams looked plain bad in the first episode, here they’ve settled for an almost intentionally unrealistic, stop-motion-esque look. It could just be me, but take a look at the trailer: to me, the Ingram’s movements look a lot like those of, say, RoboCop’s (the original, natch) ED-209. Another wink to mech fans? I wouldn’t be surprised.

While after seeing the first part of this new Patlabor, I wasn’t sure what it was trying to be. But two and three keyed me in, and now I’m actually looking forward to seeing what they’ll parody next. Once you crack the code, there’s hope for The Next Generation after all.