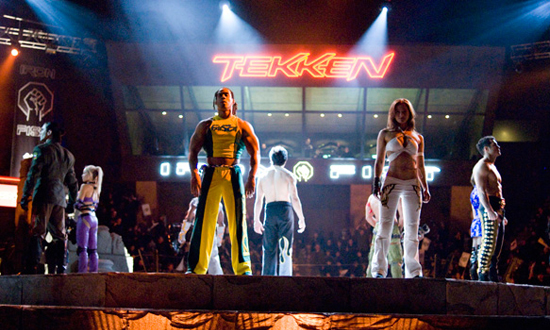 The live-action Tekken will go down in my book as a firm reminder of how filmmakers, if not people in general, aren’t taking chances any more. The much-hyped big screen take on the popular Namco fighting game franchise had the opportunity to do something to trounce its predecessors by delivering what most of the other fighting game movies should have, while bearing an actual likeness to the source material. It had top martial artists, a decent cast, some great fights, and yet Tekken as a film just couldn’t allow itself to ride along that high that it had set up for itself. To that end, Tekken will also be remembered as the first time I’ve ever seen a film actually hit the self-destruct button.

Up until that moment, just a few minutes into the Yoshimitsu fight, Tekken was a solid film. Borrowing heavily from the dystopia created in the game’s sixth installment, the movie takes place in the not-too-distant future where the mega-corporations rule the world. The Tekken Corporation (Yes, I know, fanboys, stay your rage) rules over what was once North America, where they stage The King of Iron Fist Tournament to feed the masses. Anyone who wins gets fame, glory, and is otherwise set for life. Into the fray steps Jin Kazama who, through a stroke of luck (and a couple of well-placed combos), becomes The People’s Choice for the tournament—the one fighter who actually represents the unlucky ones in Tekken’s world. He aims to win the tournament, not for the glory but to find out who within the Tekken Corporation was responsible for the murder of his mother, Jun. See, doesn’t that sound promising, liberties and all? 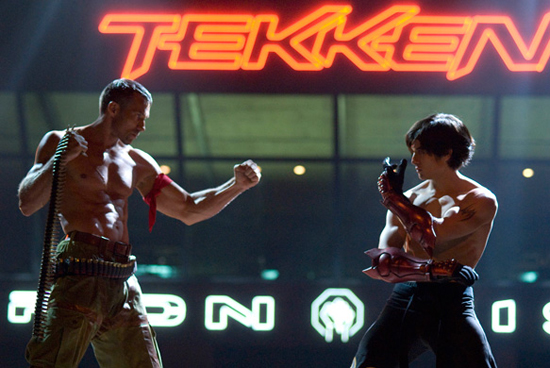 Following that, we get some solid fights out of our cast who, unlike other video game adaptations, actually look like their characters. Raven looks exactly like Raven. Eddie Gordo looks and fights like Eddie Gordo. Miguel… well he doesn’t look—and can barely act—like the gruff Mexican with revenge in his eyes but he gets the job done. By this point I’m willing to forgive everything. I don’t care that it’s the Tekken Corporation and not the Mishima Zaibatsu. I don’t care that my favorite character, Steve Fox, is a has-been boxer/mentor character. Hell, I don’t even care that both Nina and Anna Williams are both concubine lapdogs of a very non-Asian Kazuya Mishima. What fuels this apathy toward these divergences is the performances of our leading cast: John Foo, who fans may also know for his part in another fighting game adaptation, Street Fighter: Legacy, knocks it out of the park as Jin Kazama. He’s the most consistent actor out of the whole film and there isn’t a moment where I’m burying my face in my hands when he’s on screen. Rivaling that is Kelly Overton as Christie Monteiro, whose only crimes in this movie are not having enough screentime and lacking an opportunity to really have at it in a tournament scene; the best Christie gets is a lackluster girl-on-girl fight with Nina. Not just them, Tamlyn Tomita as Jun, Luke Goss and his portrayal of Steve Fox—the core cast is constant, they sell me on this adaptation and convince me that nothing could go wrong.

And then the Yoshimitsu fight happens. 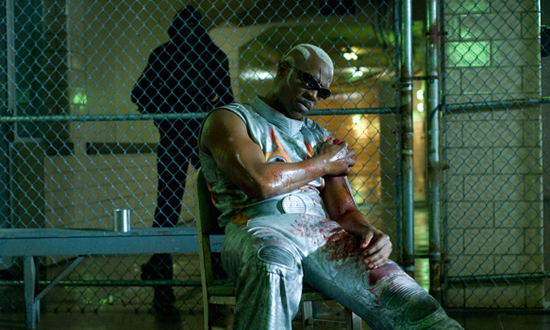 That’s not to say it was a bad fight, it’s an alright scene, but this is the exact point where Tekken takes a nose dive. Characters suddenly jump ship in terms of motivations, fights start to get mediocre and soaked in direct-to-DVD cliche, and any sort of hype just dies; the honeymoon is effectively over. The end result: Kazuya Mishima fighting Jin Kazama with golden axes with the Tekken logo emblazoned on them. This was what we were building up to for an hour? A fight that looks like it came from a bargain-bin action-sploitation flick? It’s like somewhere in the production process, somebody came in and demanded the film become mediocre at that instant or else or else the film wouldn’t sell. The pièce de résistance of this whole thing is that the director of the Tekken game series, Katsuhiro Harada himself, actually came out and called it terrible on Twitter! That’s like Stan Lee bashing the Spider-Man movies! If that is not an indicator that the ball has been dropped, I don’t know what else is.

Grievances aside, there’s still one reassuring truth to Tekken that makes me want to at least recommend the first half: It’s still better than Street Fighter: The Legend of Chun-Li. It’s better than that and King of Fighters combined. (Mortal Kombat Legacy, however, remains untouchable.) For all the heartbreak in the climax, it manages to be entertaining and the most loyal (to a certain degree) of the recent fighting game adaptations. If you have to see it, rent it, stop it exactly a few minutes into the Yoshimitsu fight, pop in your copy of Tekken Hybrid, skip right to the climax of that movie, invent some Robotech-esque reason for the story inconsistencies, and just watch that to the end. Otherwise, if you’re brave enough to see this through, just make sure you have your video game console at the ready to vent those frustrations via 10-hit combos. 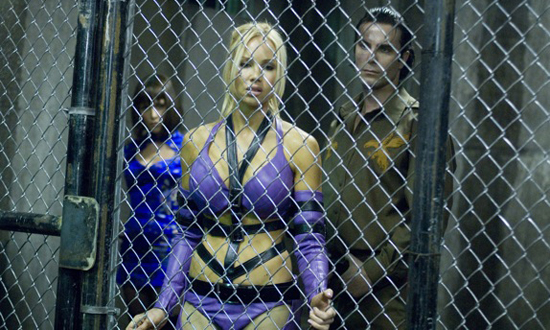 TEKKEN is finally available to own on DVD and Blu-Ray by Anchor Bay Entertainment. On the upside, they’re also bringing out BATTLE ROYALE relatively soon; I’ve got my collar and school uniform on standby.