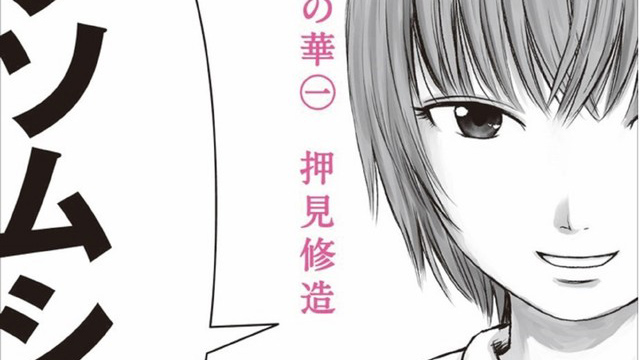 The Flowers of Evil (Aku no Hana), the manga adapted into a controversial anime in 2013, is getting a live-action film adaptation.

The Flowers of Evil, based on the manga by Shuzo Oshimi, will be directed Noboru Iguchi (Zombie Ass, RoboGeisha) and written by Mari Okada (Maquia, anohana).

Manga creator Oshimi commented, “having The Flowers of Evil adapted into a film by Noboru Iguchi is like a dream come true. That’s because the works of Iguchi provided a playbook for me for how to create my own stories and saved my soul. His films provided a lot of inspiration while I was working on The Flowers of Evil. So the person most looking forward to this film is me!”

Iguchi added, “from the first page of The Flowers of Evil, I thought, ‘I want to make this into a film. Stuff like this is why I became a director!’”

The 11-volume manga was previously adapted into a 13-episode anime series by Hiroshi Nagahama in 2013.

Here’s how Vertical describes the manga:

The story opens as middle school student Takao Kasuga receives an F on a math test. But he doesn’t even seem to notice because he’s too engrossed in surreptitiously reading Beaudelaire’s The Flowers of Evil. And the day goes downhill from there. In a moment of weakness, he finds and takes home the gym clothes belonging to sweet, pretty Nanako Saeki on whom he has a major crush. Unfortunately for Takao, there’s a witness to the theft: Nakamura, who has a huge chip on her shoulder and a sadistic streak.