“I think I might’ve talked too much about American comics.”

So says director Hiroshi Nagahama at the end of an hour-long discussion at Seattle’s Sakura-Con, and while too much is entirely subjective, Nagahama, who is decked out in a Spider-Man T-shirt and Daredevil hoodie (“the Ben Affleck version,” he explains) has indeed spent over half the conversation explaining his love of the Marvel universe.

The upshot is, there’s probably no person in the world better equipped to translate the world of American superheroes to Japanese animation.

Stan Lee seems to think so, at least. The co-creator of X-Men, Spider-Man and practically the whole Marvel universe has teamed up with Nagahama to create The Reflection, a superhero-centric anime series that premieres this July.

Promoting that series, first announced in 2015, is part of why Nagahama is here at Sakura-Con. From here, he’s off to Los Angeles for a meeting with Lee, then it’s back to Tokyo for more work on the series. But before that, he’s here for a discussion with Otaku USA and other outlets about, yes, comics. 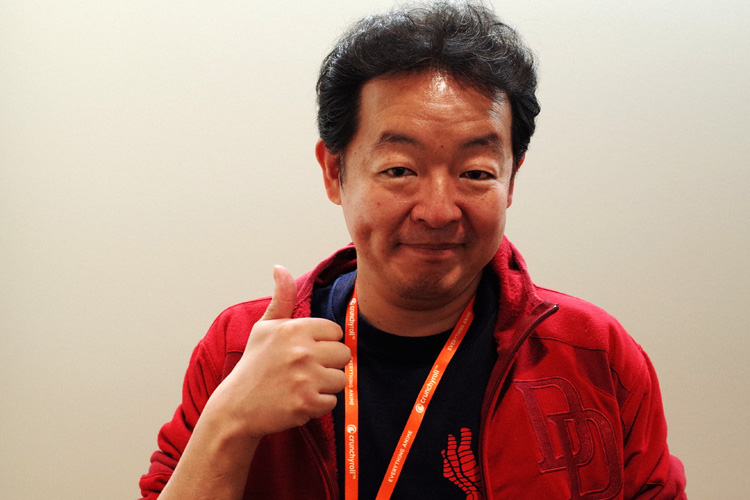 Nagahama, who began his anime career on 1989’s Yawara! and has helmed series as varied as Detroit Metal City, Mushi-Shi and Flowers of Evil, notes his love of American comics came early in life.

“As a rule, kids in Japan read stuff like Doraemon, then Shonen Jump when they get a little bit older,” says Nagahama. “I liked the stories themselves, but I wasn’t so interested in that super-deformed art style.”

Instead, the director found himself attracted to the more realistic designs of Spider-Man, pouring over the details in the art, from the eyebrows to the intricate lines in the eyes themselves. But while the art was the initial attraction for Nagahama, he also found the American style of comic book storytelling suited his personality.

“In Japan, everyone generally starts reading manga from volume one, but American comics run so long, there are inevitably kids that start halfway through,” says Nagahama. Some Spider-Man readers came in when Peter Parker was first bit by the radioactive spider, he says, but others came in at the death of Gwen Stacy, or others when Spider-Man first fought Venom, and so on. 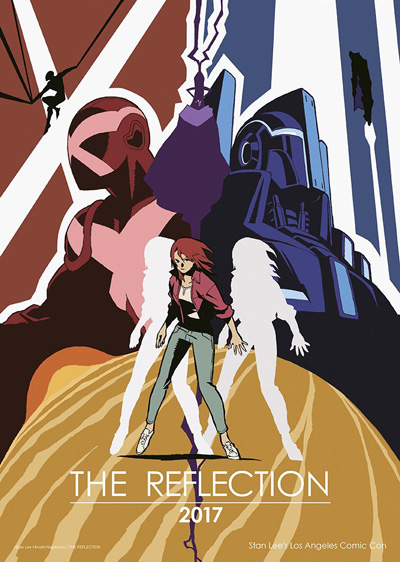 Nagahama found this in medias res style of picking up comics suited him and even ended up applying it to manga. He would pick out the volume with the “coolest-looking cover” and read backwards, slowly discovering why the manga’s characters had the relationships they did.

One more thing about American comics appealed to Nagahama, again a result of their length: grandparents, parents and grandchildren could all be familiar with the same characters.

The director concedes there are a few long-running manga series in Japan, like Sazae-san, but “the fundamentals never change,” he explains, “Sazae never gets divorced, Doraemon never changes from blue to black.” In long-running American comics, on the other hand, characters evolve, which can “spark interesting conversations between generations.”

“I try to incorporate that kind of storytelling into my work,” Nagahama says.

Case in point: The Reflection. Nagahama says a lot of work was put into the series, which will be simulcast on Crunchyroll, to make it feel expansive.

“The universe has a huge scale,” he explains, “it’s built to accommodate future stories.”

Though the original story was co-created by Nagahama and Lee, the director says there’s one part the legendary comics creator left entirely to him: the use of idol group 9nine (pronounced “nine”), who both perform the ending theme and appear as superhero versions of themselves. Most of the heroes in the show are in American comic book style, says the director, but 9nine represent “the Japanese concept” of heroism.

Nagahama says he doesn’t use 9nine immediately, but holds them back to build up anticipation: “viewers know they’re going to appear, but when? What will they look like? What powers will they have?”

Time is up for Nagahama, but as he exits the room, still chatting about subjects like Netflix’s Marvel series, retconning in the Marvel versus DC universes and Michael Clarke Duncan’s portrayal of Kingpin, it’s clear Stan Lee has chosen the right man for the job. 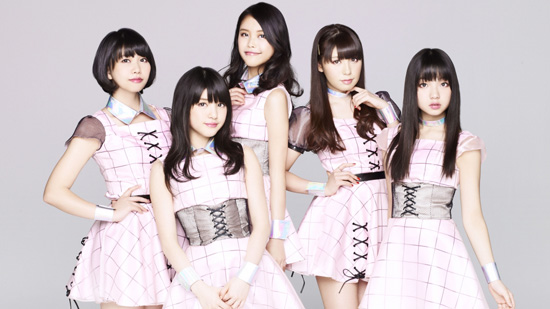 Matt Schley is Otaku USA’s Japan editor. He personally got into Spider-Man around the time Carnage appeared.