The Devil is a Part-Timer! Creator’s New LN Getting Manga Adaptation 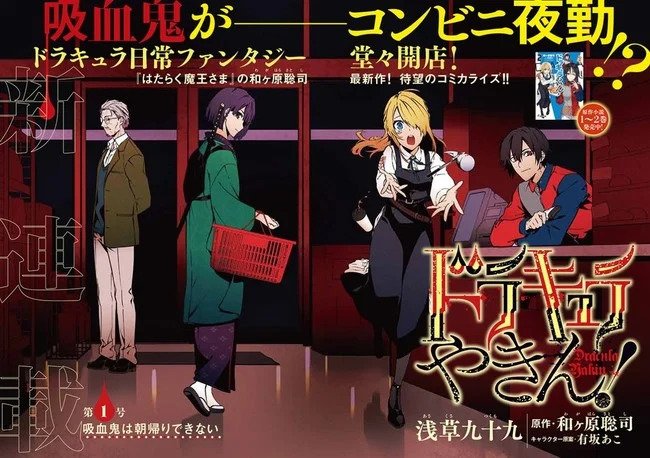 Satoshi Wagahara, the creator of The Devil is a Part-Timer!, began a new light novel series last September. Titled Dracula Yakin! (translated as Night-Shift Dracula), it’s about a vampire working the night shift at a convenience store.

Night-Shift Dracula is getting a manga adaptation, thanks to the work of Tsukumo Asakusa. The original designs were done by Ako Arisaka, and the manga adaptation debuted in the May issue of Monthly Comic Alive magazine, which actually came out Saturday instead of May. The second volume of the light novels series went out in February.