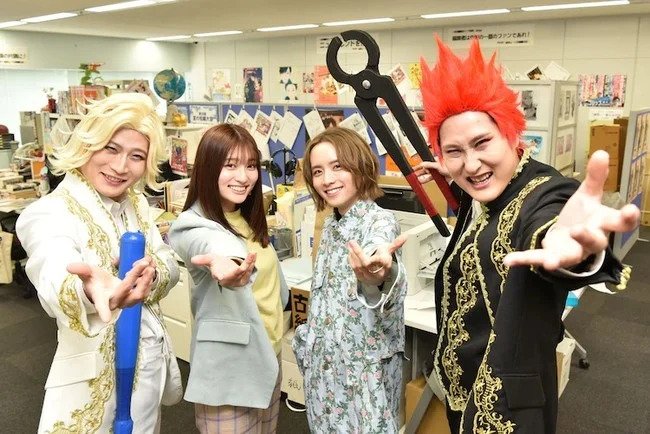 The series debuts on Japanese TV this Thursday, and a photo was shared beforehand. In it you can see (from left to right) Hirotsugu Otsu, Ai Yoshikawa (who plays Wako), Rihito Itagaki (who plays Meguru) and Kоsei Awaji.

The original manga is published in America by Seven Seas.