The Big O Anime Heads Back to Paradigm City on Blu-ray! 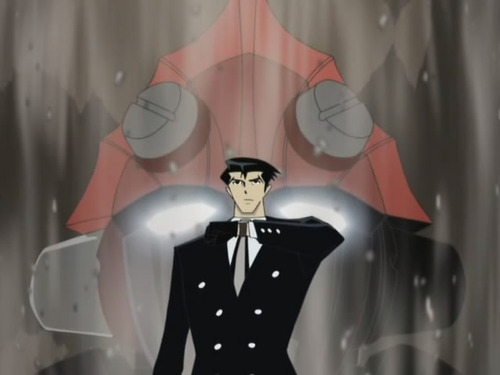 Believe it or not, it’s been 16 years since Sunrise’s neo-noir mecha anime The Big O first aired on Cartoon Network. If that makes you feel old, you’re not alone, but at least we can relive all of the action and suspense when Sentai Filmworks”

Roger Smith is a Negotiator in Paradigm City, which has become a virtual police state over the past 40 years. It’s up to him to keep the wheels of society turning, but that’s not his only specialty. Roger Smith is a mediator, enforcer, and detective all rolled into one, and there aren’t many cases he can’t handle with his keen intellect, arsenal of handy gadgets, and helpful assistant Dorothy.

As for the times when all of the above doesn’t cut it? That’s when he busts out the Big O, a massive mech with which Roger can solve any lingering disputes through decisive action. There’s more to Paradigm City and the incident that cut off the world beyond than meets the eye, though, and this two-season collection explores all that and much more.

The Big O is deemed a genre classic, thanks in no small part to the work of director Kazuyoshi Katayama (Those Who Hunt Elves, Appleseed OVA) and a dynamite team of writers that includes the likes of Chiaki J. Konaka (Princess Tutu, Hellsing) and Keiichi Hasegawa (Devil Lady, Rage of Bahamut: Genesis), among others. Find out why everyone is so eager to return to Paradigm City in the 26-episode