The Apothecary Diaries Is Gorgeous with a Romanticized Historical Setting 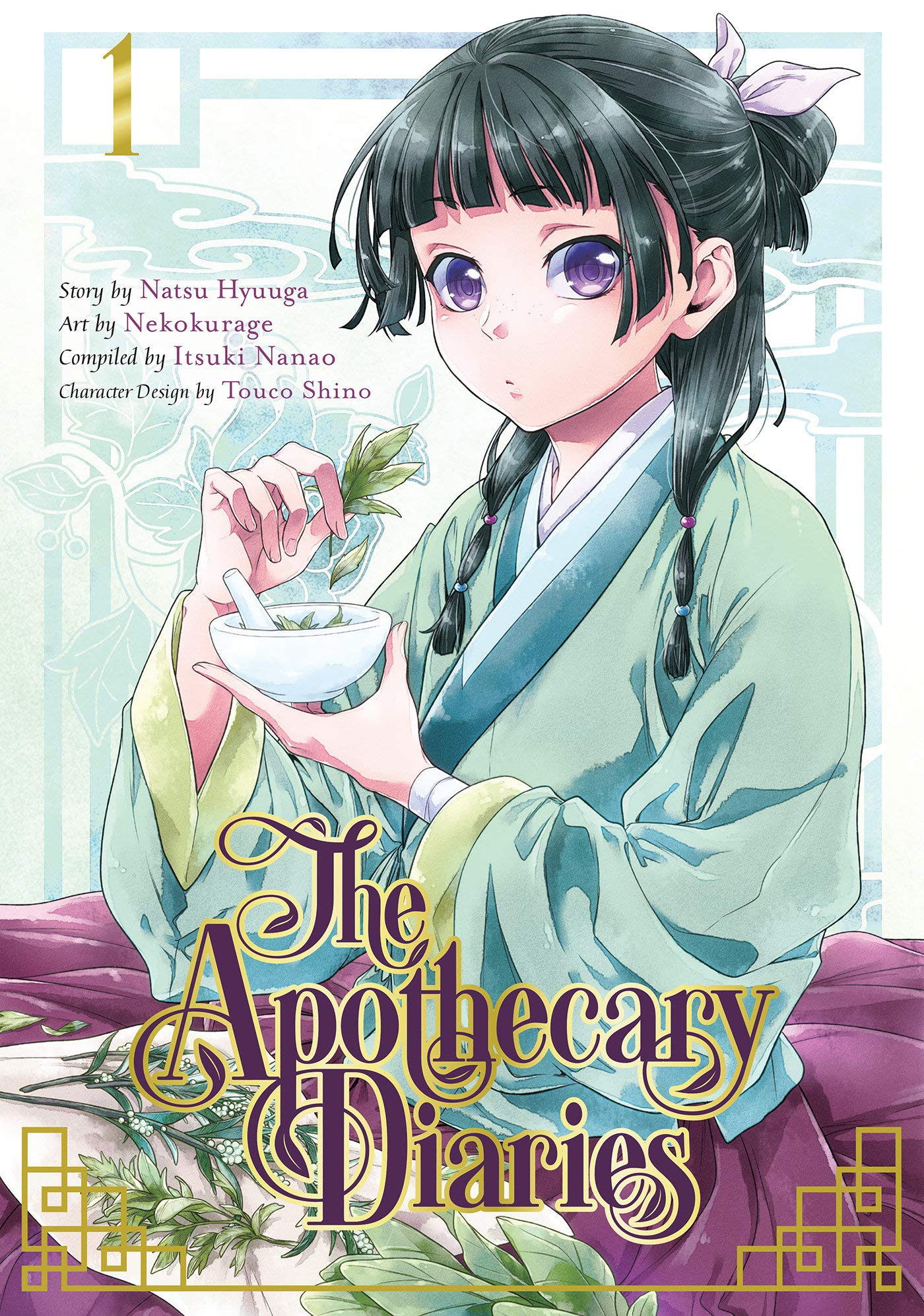 The Apothecary Diaries takes place in China and follows Maomao, a young apothecary who gets called a “mad scientist” for her dedication to learning and experimentation. She’ll even poison herself to learn from it. But her career seems put on hold when she’s kidnapped and sent to work as a maidservant at the inner court. There she’s around consorts and concubines of the emperor, and the most she can hope for is to be upgraded to a lowly concubine.

She doesn’t want this future, and her smarts end up saving her from it. The emperor’s newborn children keep dying, and now his two new infants are mysteriously sick. No one can figure out the cause, not even the official doctor. Maomao, the only maid who’s literate, writes a note of warning to try to protect the babies, and ends up being pulled upward into court life.

They want her as a food taster, and this brings back her specialties with poisons. Seeing her talents, she’s also requested to make an aphrodisiac, and then to help solve the mystery of a “ghost” seen at night. In the second volume of the manga, Maomao continues to show her skills as she nurses a consort back to health and becomes aware of a poisoning attempt.

The Apothecary Diaries started out as a novel and then a light novel series, and the light novels are published in America by J-Novel Club. The manga adaptation, published by Square Enix Manga, is beautifully illustrated. That’s especially apparent on the covers and the few color pages, where the hues just jump out. But even the black and white pages show the ornateness and elaborate clothing and hairstyles of the court. On occasion the art will get less graceful to show a comedic scene, but it always matches with the comedy it wants to get across.

Maomao is also a very likable character. She’s one of those under appreciated characters whose smarts start to get them noticed more and more, but we as the readers know from the beginning that she’s intelligent and special. Jinshi, the pretty boy at court, becomes increasingly intrigued by her, hinting at a romance between the two. This is some fun escapist reading that can pull readers into a romanticized historical setting full of gorgeous imagery. So far the first two volumes are out, and the third volume will be released September 21.