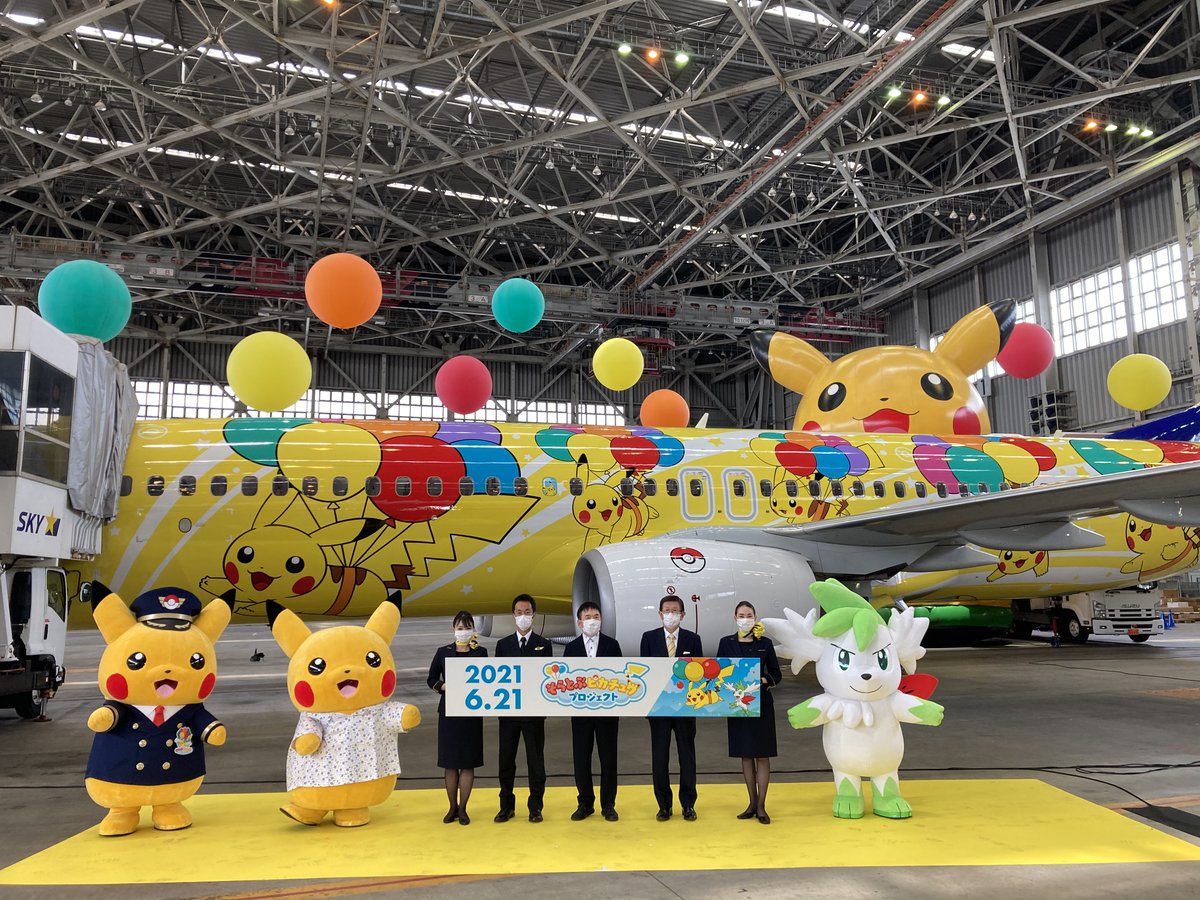 Skymark Airlines has unveiled its Pikachu Jet, which will be flying in the skies for the next five years. It took its first flight earlier this week and is part of the Flying Pikachu tourism project.

The plane has numerous gigantic Pikachus illustrated on its sides, and if you look closely, it appears as if some are sitting at window seats. Inside the plane there are Pikachu headrest covers, and flight attendants wear Pikachu aprons. In addition, customers are offered cups with Pikachu on it, as well as specially made KitKat bars that come in Pikachu wrapping. Keeping with the theme, Skymark check-in kiosks have been given a Pikachu makeover.

But you won’t be seeing this at airports across the world. The Pikachu Jet will only fly to different places in Japan.