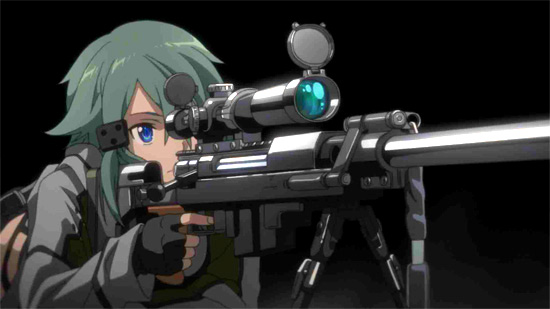 As if you needed any more reason to go to Anime Expo.

Seriously, if our posts the last few weeks have sounded like advertisements for AX, it’s not like we’re affiliated with them in any way – they’ve just got a darn good lineup this year. A couple weeks back we reported Eiko Tanaka, founder of the amazing Studio 4°C, would be making an appearance, and last week AX revealed practically the entire cast and crew of Kill la Kill would be showing up for the con too.

Now we hear tell the first episode of Sword Art Online II will premiere at AX on July 4th, one day before the rest of the world gets their eyeballs on it.

If you’re one of those not making the trip to Los Angeles, the worldwide premiere date is July 5th, when Crunchyroll will begin streaming the series with English subs.

The first look at SAOII, though, came not from Crunchyroll but Peppermint TV, who will be streaming the series in German-speaking countries. A 15-second teaser appeared on Peppermint TV’s Facebook page before being removed – apparently it had been posted prematurely. While it was up, we managed to translate the video. 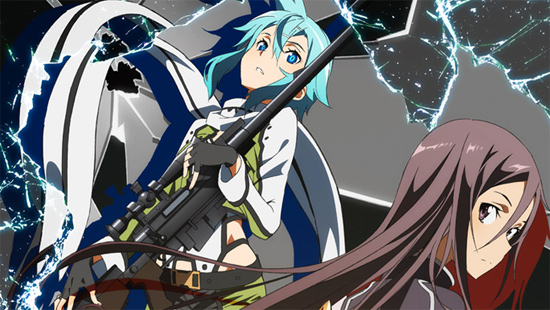 The ego-shooter VRMMO Gun Gale Online. Killings in real life and the online world are connected.

In order to get to the truth, our swordsman enters this new world. There he meets a girl with an extremely large rifle.

“Once again, people in virtual reality are being murdered. This world is calling out to me, as if someone is telling me not to forget.”

Attending AX for the US premiere will be Reki Kawahara, writer of the original SAO light novels, as well as abec, the illustrator of the novels and character designer for the series.