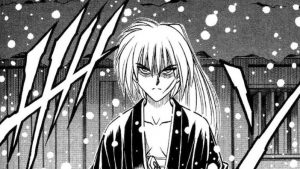 Japan may be known for cracking down on certain crimes, but according to the results of a recent survey, being a sex offender isn’t one of them. Japanese survey site Shirabee polled 1,344 Japanese men and women aged between 20 and 69 about whether they think Japan is “too forgiving of sex offenders,” to which the majority of the respondents said “yes.”

In total, 86.5 percent of those polled agreed that Japan is too lenient on sex crimes, with very little discrepancy between male and female respondents. More than 80 percent said Japan isn’t tough enough on those who commit crimes such as domestic abuse, sexual harassment, various acts of illegal indecency, and even rape.

This leniency can be seen in many public cases, from the recent attack on NGT48 idol Maho Yamaguchi to the relatively light slap on the wrist given to Rurouni Kenshin author Nobuhiro Watsuki, who admitted to possessing child pornography back in November of 2017.

Hopefully this isn’t the case for too much longer, but at the moment it seems Japan has a great deal of work to do when dealing with crimes of a sexual nature.