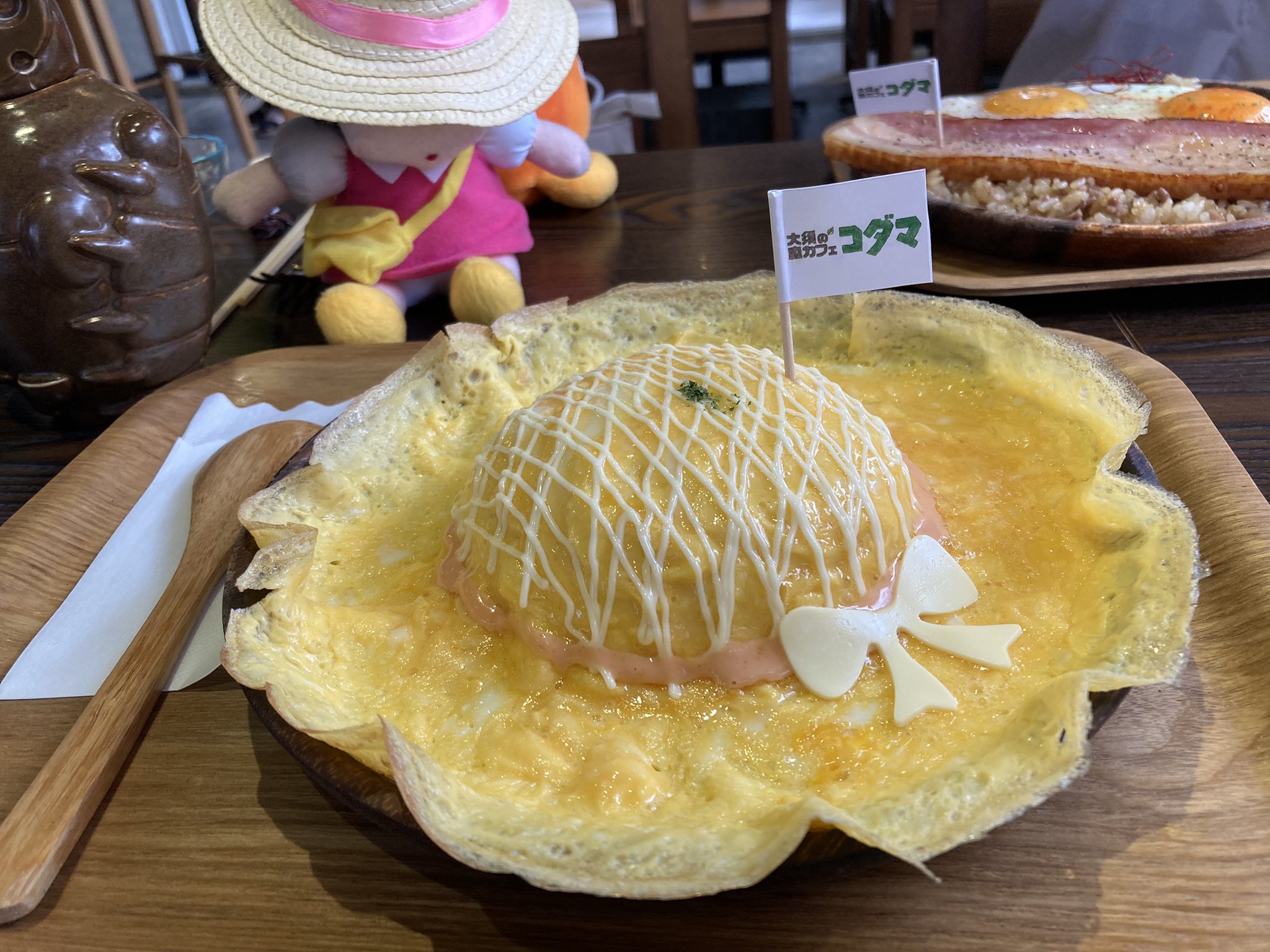 Japan has a ton of specialty cafés, and there’s one in Nagoya known as Osu no Mori no Café Kodama that’s all about Studio Ghibli. That starts with the name (Kodama, from the forest spirits in Princess Mononoke) and includes the decorations and even the food. What do I mean by this? Let’s take a look.

For starters, get a load of these soot sprite decorations.

And here are some decorations with their namesake.

Moving on to what the café serves, take a look at the fire demon bacon and egg set, which pays homage to Howl’s Moving Castle.

And here is a rice omelet based on Mei’s hat in My Neighbor Totoro.

The café is set up in an otaku neighborhood, where it fits right in. It also isn’t too far away from the upcoming Ghibli Park location. But here’s the thing about it: it’s not an official Studio Ghibli café. This is made by people who clearly love the studio and its movies, but they have nothing to do with the business.

Japan has been clamping down on counterfeits, but it seems there’s no need here. That’s because Studio Ghibli, the copyright holders, do not feel threatened by the café, and in fact have become fans of it.

In fact, Studio Ghibli tweeted about the café, noting, “Came here with Goro [Miyazaki].” So we don’t know if Hayao Miyazaki himself has been here, but we can confirm that his son Goro has.

Studio Ghibli further tweeted what they ordered at the café, both food and drinks. They got the “Reunion with the Kohaku River” drink, plus “force-fed jerky,” which is a nod toward the jerky in Princess Mononoke.