The Story Behind the Queen of England’s Golden Wii 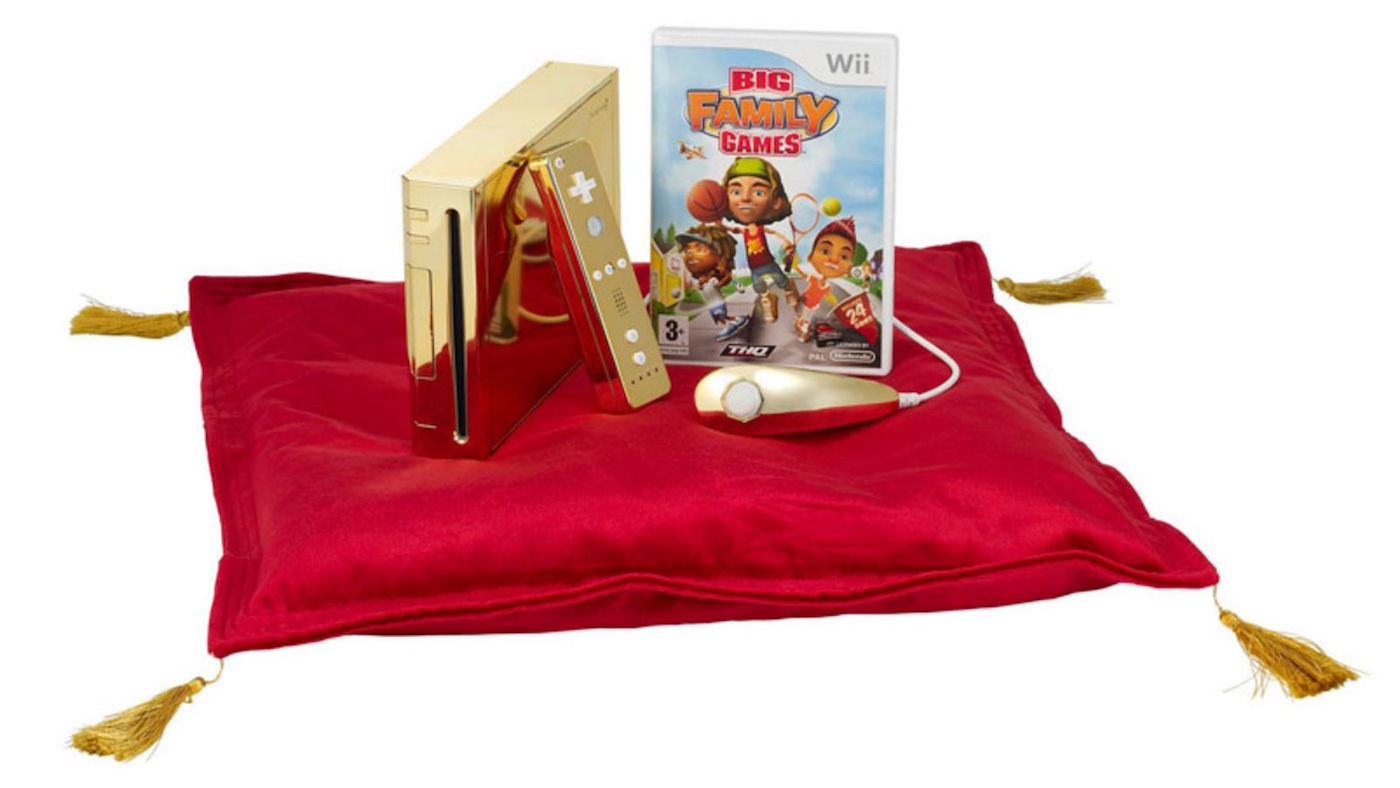 If you were the Queen of England, you could probably fulfill at least a few of your nerdiest desires. While owning a gold-plated Nintendo Wii might not have been at the top of Queen Elizabeth II’s wish list, she ended up having one sent her way about 10 years ago. While the Queen never received the gift—meaning she never got a chance to roll some Wii Bowling balls down solid gold lanes—it had to end up somewhere, didn’t it?

It all goes back to where this particular Wii originated. The gold-plated console came about  in 2009 as the result of a Big Family Games marketing stunt at THQ, which is no longer around. Thus, the current status of the golden Wii remained a mystery for the decade since it was originally sent to bask in royalty. That’s what prompted Chris Bratt of People Make Games to investigate.

What happens when you try to send a gift to the Queen of England? Who owns the golden Wii now? See how the updated story unfolds and where it takes Bratt in the full video below.