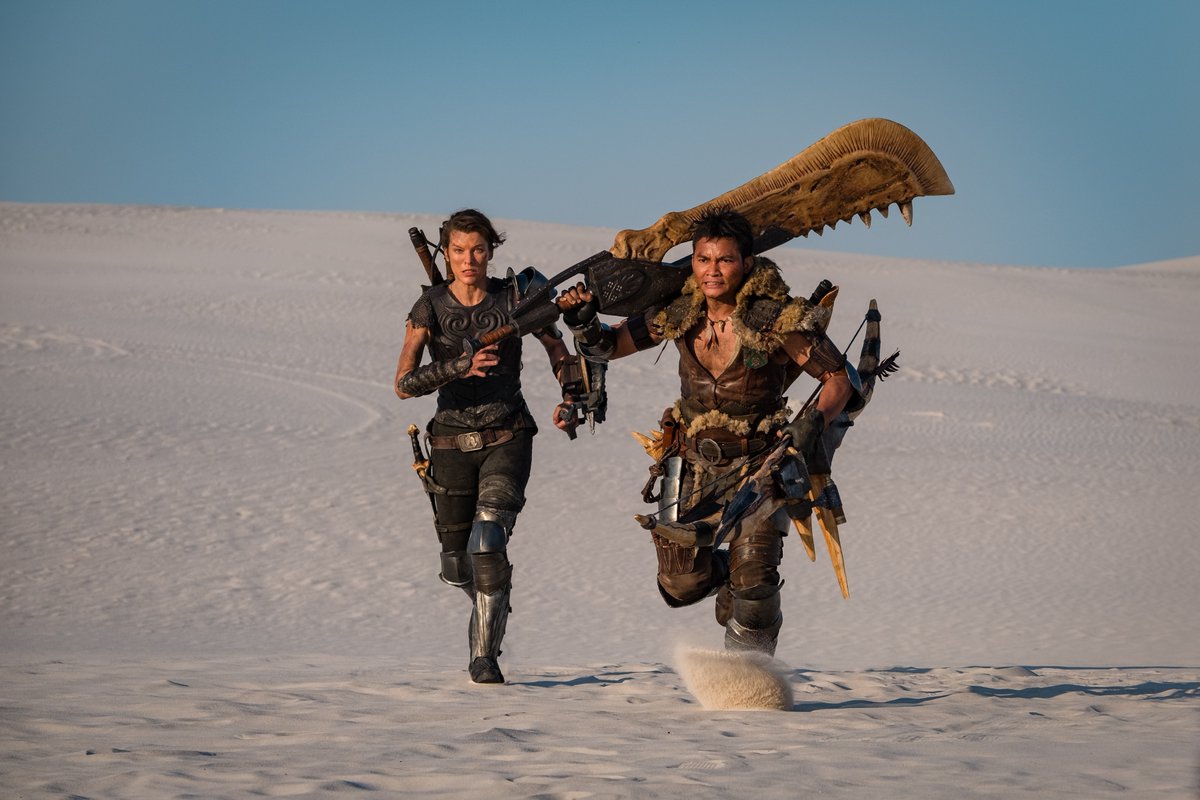 Milla Jovovich may have retired from the Resident Evil universe, but she’s still out there making video game movies. The live-action adaptation of Capcom’s Monster Hunter, starring Jovovich, is currently in production, and we’ve got our first look via a still released this week.

The still features Jovovich as Captain Natalie Artemis and Tony Jaa as The Hunter.

Screen Gems, who are producing the film, also released this synopsis:

Behind our world, there is another: a world of dangerous and powerful monsters that rule their domain with deadly ferocity. When Lt. Artemis (Milla Jovovich) and her loyal soldiers are transported from our world to the new world, the unflappable lieutenant receives the shock of her life. In her desperate battle for survival against enormous enemies with incredible powers and unstoppable, revolting attacks, Artemis will team up with a mysterious man who has found a way to fight back.

The Monster Hunter movie is directed by Paul W.S. Anderson, the director behind the Resident Evil franchise.